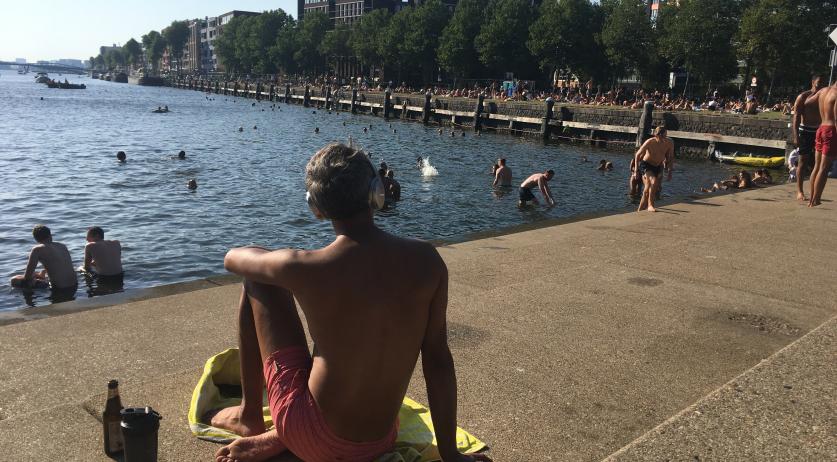 With a seven-day average temperature of 33.1 degrees, a new high mark was set for the hottest week on record in the Netherlands. The previous record was set in 1976, when one week in July had an average maximum of 32.0 degrees, according to data from meteorological agency KNMI and a report from Nu.nl.

On Wednesday, the country had its first ever stretch of five days where temperatures topped 35 degrees, and also for the first time, seven straight days where the temperature in De Bilt, Utrecht peaked 30 degrees. That record was extended to eight days on Thursday in the Utrecht town, home to the KNMI.

The previous record of six days above 30 degrees was set in 1941, and met in 1975. Last year, Maastricht residents dealt with 15 tropically-hot days in a row. This current heat wave was predicted to finish at ten in the Limburg city, according to Weeronline.

De Bilt is used as the site for the average temperature of the Netherlands, as it is centrally located and outside of a built-up area. The Netherlands has maintained official weather data since 1901.

The weather was predicted to start cooling off on Thursday evening, with the consistent code orange weather alerts in the south and southeastern provinces downgraded to yellow like the rest of the country. The code yellow alert for heat was extended through the end of Friday, while a storm warning was in effect in most places on Thursday evening.