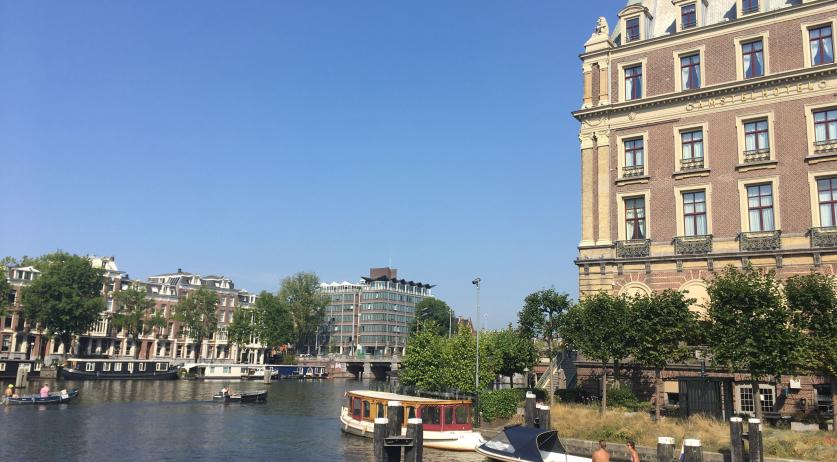 For the first time since temperature measurements started in the Netherlands in 1901, thermometers climbed to 35 degrees or higher somewhere in the country for five days in a row, according to Weerplaza. At 2:40 p.m. on Tuesday, 35.6 degrees was measured in Arcen in Limburg.

The Netherlands has been in a heatwave since last week Wednesday, and the hot weather is not over yet. Maximums on Wednesday will range between 29 degrees on the Wadden islands and 34 degrees in the east and southeast of the country, according to meteorological institute KNMI.

"There is persistent heat with little cooling during the nights. Pay extra care and attention to vulnerable people in your area. Take measures: stay hydrated. Keep yourself and your home cool. Limit physical exertion. Take water with you when traveling," the KNMI said.

On Tuesday, the hot day ended in heavy downpours, thunder, hail and strong winds in multiple places in the country. Multiple places in particularly Limburg, Noord-Brabant, Gelderland and Utrecht had to deal with flooding, lightning strikes, and blown down tree branches. Insurance company Interpolis received 80 reports of storm damage.

Barneveld in Gelderland dealt with multiple flooded streets, according to NU.nl, and campers in nearby Lunteren had to deal with wet tents and feet. There were many storm damage reports fro Noord- and Midden-Limburg, according to 1Limburg. In Made in Noord-Brabant, lightning struck a home, causing a fire, according to Omroep Brabant. Parts of the A17 and A27 highways had to close temporarily while fallen trees, branches and leaves were removed from the road. In the Utrecht province, Amersfoort and Hooglanderveen had issues with storm- and sewage drains being unable to handle the downpour.

Wednesday afternoon may see more thunderstorms, the KNMI warned. These may include hail, heavy downpours and strong winds.