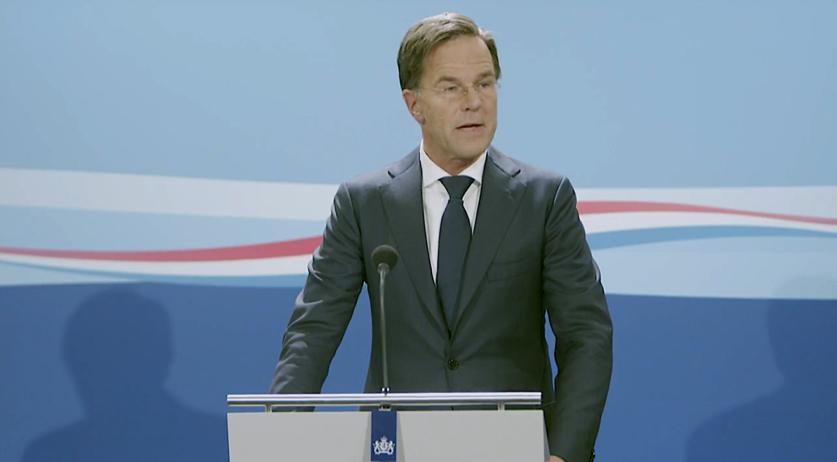 Rutte: Lockdown not impossible; Coronavirus measures could change next week

Dutch Prime Minister Mark Rutte expressed deep concern for the escalating numbers of coronavirus infections in the Netherlands at his weekly press conference on Friday. He refused to exclude any single measure to bring the infections under control, including a stricter lockdown and a curfew, saying, "All scenarios are on the table."

He spoke in The Hague after the conclusion of a meeting of Cabinet ministers, about one hour after public health agency RIVM said over ten thousand more residents had tested positive for the SARS-CoV-2 infection, the most reported in a single day. He said it was still too early to draw any conclusions, even as the record for new infections reported in a single day has been broken seven out of the ten days the partial lockdown policy has been enforced.

Rutte confirmed again that the impact of the partial lockdown would be evaluated once it had been in place for two weeks. That sets up the possibility for a press conference on Tuesday, with the current stricter measures having gone into effect on 14 October.

A growing number of experts in virology and healthcare have called for a full lockdown of at least two weeks to get the situation back under control. One of the 25 security regions, Twente, also called for a total lockdown earlier this week after seeing a surge in new coronavirus infections.

Rutte lamented over the "enormous consequences" that a total lockdown could bring about. "We hope to see the effect of the partial lockdown soon," Rutte said. "We will come back to that as soon as there is more to report."

He did say that the closing schools and care homes negatively affects the lives and livelihoods of too many people. With some experts also saying a school closure might be necessary to slow the second wave of infections, Rutte also affirmed that all options were on the table if need be.

When the partial lockdown was announced, Rutte and Health Minister Hugo de Jonge said it would likely remain for four weeks. Moments before the Friday press conference, De Jonge told reporters that members of the Cabinet would meet at the Prime Minister's official residence on Sunday for the third time in a month, and a decision could be made on Monday about when the next national prime time press conference will take place.

While it was too soon to say anything concrete, the spread of the virus has to get back under control for restrictions to be loosened, Rutte suggested. The basic reproduction number of the virus stood at 1.22 this week, meaning 100 contagious people were likely to infect 122 others.  "The reproduction number must go back below 1, that's the purpose of the current package of measures," he said.