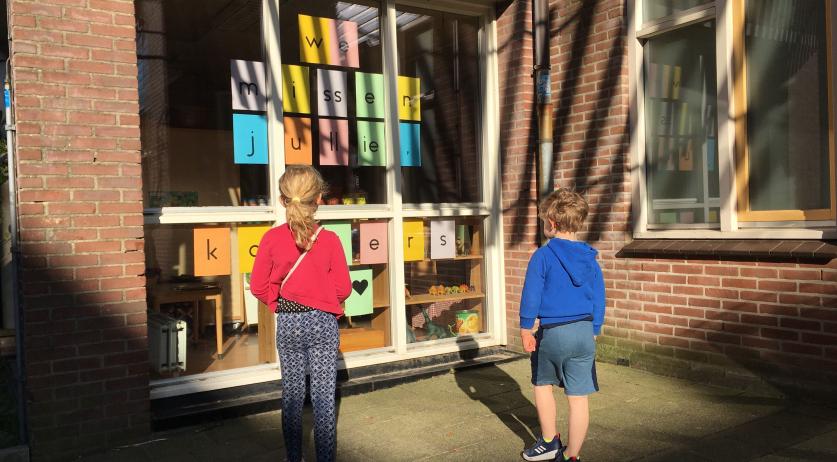 Schoolchildren form a growing group of coronavirus infections in the Netherlands population. The Red Team, a group of independent experts, is therefore calling on the government to immediately close all schools, BNR reports.

A BNR analysis of RIVM figures showed that in the week of 5 to 11 October, about 8 percent of those who tested positive for the coronavirus were between the ages of 12 and 17. If 18-year-olds who tested positive are included, about a tenth of all positive cases in that week were of high school age.

Even more worrying, according to the Red Team, is the percentage of positive tests in this age group. Over 10 percent of all high school kids tested for the coronavirus, tested positive. In primary education, 14 percent of tested pupils had the virus. So far 67 schools have had more than 10 coronavirus infections, Ginny Mooy of the Red Team said to BNR.

According to the Red Team, this shows that we have lost sight of the virus spread within this group. Children are also rarely tested. In order to really gain a good insight into the state of affairs regarding infections, the number of tests needs to be increased significantly, the Red Team said.

"The Netherlands is one of the few countries in the world where children go to school without any restrictions. In class it is not mandatory to keep a distance of 1.5 meters and that doesn't happen at all, especially in primary education," Mooy said. At this level of spread, this form of education is irresponsible. "Because you don't know at the moment what is going on in those schools and how many infections there are, we say it is better to close the schools for two weeks. At least then it goes down and you can open safely afterwards."

According to the Red Team, little is known so far about the long-term consequences of Covid-19, but there are more and more indications that these do exist. A child can also infect their parents or grandparents. Mooy added that it is not often considered that many primary school kids go to their grandparents for after-school care. The Red Team therefore advises closing all schools immediately.

At this stage, there is little political support for this advice. Very few parliamentarians are in favor of closing schools again. And on Monday, Minister Arie Slob for Primary and Secondary Education said that there is no need for further measures in education at this stage. On the government's 'road map' for coronavirus measures, closing schools is on the extreme side of level 4.

The Outbreak Management Team is also against closing schools, calling this too detrimental for children's education and health. Karoly Illy, the pediatrician on the OMT, told BNR that the importance of keeping schools open currently outweighs the unrest. "We certainly have to take measures and we can still think about other creative solutions, but this is too important for children."

According to Illy, the lack of social contact when schools closed in the first wave caused "many more children" to become depressed. "There was a lot less exercise, a lot more use of the screen and people ate less healthy. As a result, many more children have become overweight. The number of children who developed obesity increased; we can't do it to those kids to let them go through that again. I understand concerns, but the solution cannot be closing the schools."