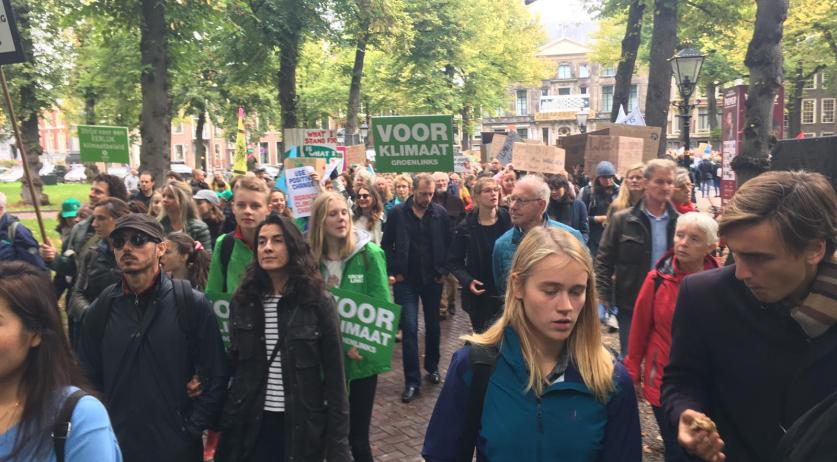 The word "boomer" is derived from "baby boomer", referring to the generation born during the birth wave after the Second World War. Today it "boomer" is often used by young people to refer to older people who they think have old-fashioned ideas and outdated views. "Okay boomer", is a popular term used in online arguments between the two most recent generations.

Second and third place both refer to the climate crisis. "Klimaatspijbelaar" literally translates to "climate truant". It refers to the hoards of school pupils and students who skipped school and lectures to protest for more effective measures against climate change this year. "Klimaatdrammer" translates to "climate nag" and refers to people who, in the eyes of their critics, keep complaining about "too stringent" measures taken to save our climate.

In the Dutch-speaking part of Belgium, the word of 2019 is "winkelhieren" - shopping at local stores and producers. "Klimaatspijbelaar" came in second place. And third place went to "egelwegel" - a passage for hedgehogs between gardens. A total of 9 thousand people voted in Belgium.