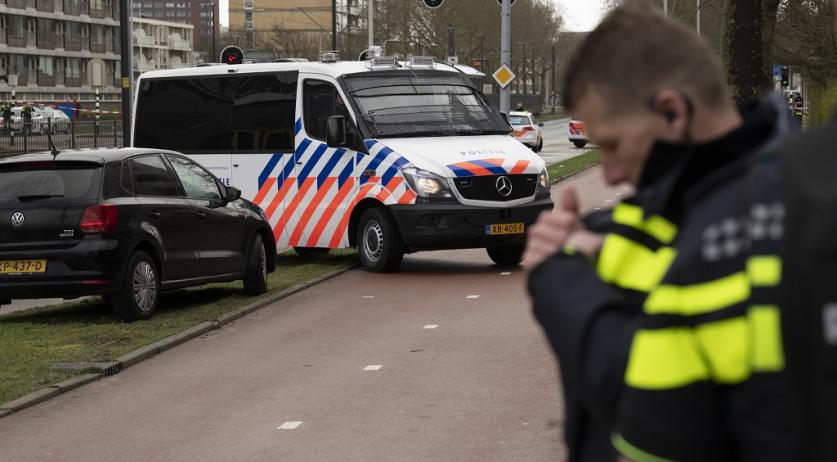 Another suspect arrested for Utrecht shooting

A new suspect was arrested in connection with a shooting on a tram on Utrecht on Monday, in which three people were killed and three seriously hurt, the Public Prosecutor said in a statement. The 40-year-old man from Utrecht was arrested at his home at 3:30 p.m. on Tuesday.

Two other men who were arrested on Monday along with suspected gunman Gokmen T., were released from custody. They are no longer considered suspects in this investigation. On Tuesday morning Utrecht mayor Jan van Zanen already said that the two were released, but the police later contradicted him.

That means that two people are now in custody for the shooting on 24 Oktoberplein - 37-year-old T. and the 40-year-old Utrecht man. How these two are connected is not clear. The Prosecutor also did not say what exactly the 40-year-old man is suspected of.

On Opsporing Verzocht on Tuesday, the police called on witnesses of the shooting to come forward. Investigators have not yet spoken to everyone who was in the tram when T. started shooting on Monday.

The motive for the shooting is still under investigation. On Tuesday the Prosecutor said that so far no links have been found between T. and the victims. Terrorism is therefore still the most prominent motive, but other motives are also being considered.