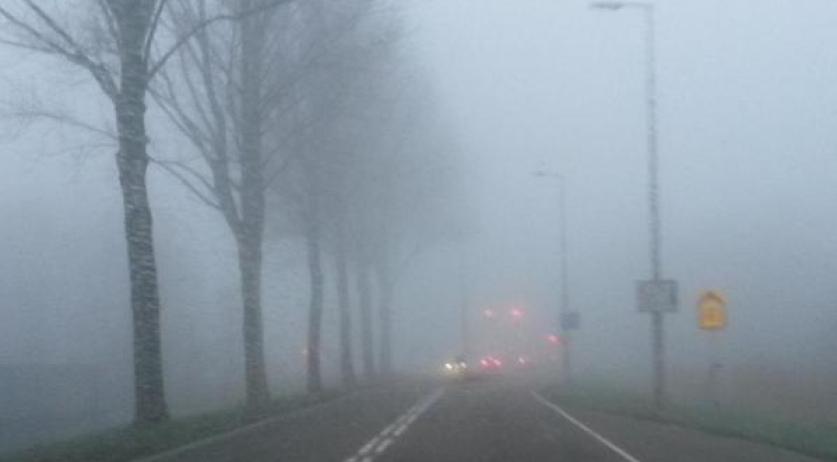 Large parts of the Netherlands can expect a foggy rush hour this morning. Meteorological institute KNMI issued a code yellow warning for low visibility due to fog and fog banks. The code yellow warning covers Drenthe, Noord-Holland, Overijssel, Flevoland, Gelderland, Utrecht, Zuid-Holland, Zeeland and Noord-Brabant. The fog reduces visibility to less than 200 meters. In and around Veluwe visibility may even be less than 50 meters in some places. According to traffic information service VID, the extra lanes on the A50 between the junctions Wterberg and Beekbergen and on the A1 at Barneveld were initially kept closed due to the poor visibility, but has since been opened. So far the only traffic problem in the Netherlands this morning is a 6 kilometer traffic jam on the A2 in the direction Utrecht between the junctions Empel and Waardenburg. One lane is closed due to a broken truck. The KNMI expects the fog banks to dissipate around 8:00 a.m. The rest of the day is expected to be partly sunny and dry in most places. Afternoon temperatures will range from 16 degrees along the coast to 22 degrees in the southeast.