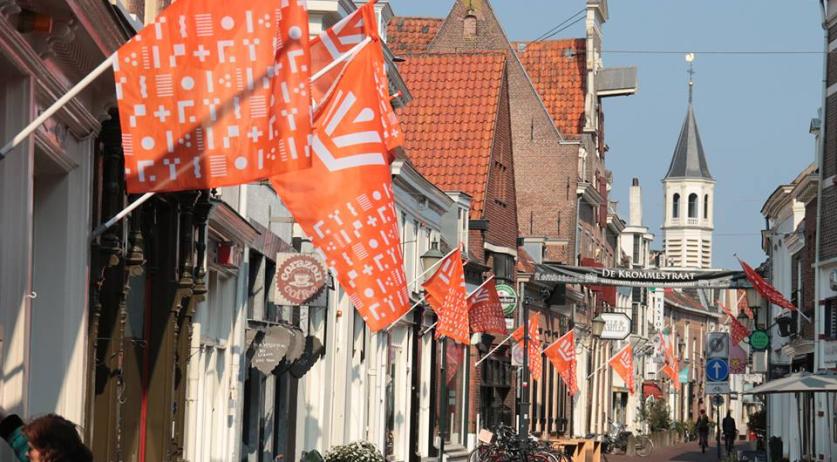 King's Day celebrations kick off in Eindhoven; Mostly digital for 2nd year in a row

For the second year in a row, plans for the favorite holiday of many in the Netherlands are largely impacted by the coronavirus pandemic. Due to large gatherings being forbidden from taking place because of health concerns, some small-scale and digital events will be offered to people wanting to follow along as the family of King Willem-Alexander celebrates his 54th birthday. The program is mostly focused on young people and the elderly.

The Royal Family will start their day in Eindhoven but will be skipping the traditional tour through the city. Instead, the Dutch king, Queen Maxima and their three daughters will visit the High Tech Campus in Eindhoven, where they will take part in a presentation from Brainport Eindhoven at a studio on the campus. The diverse program will be simulcast to viewers and will feature among other things a cooking presentation, drones showing off the decorated city and a look back on how Eindhoven has developed.

The Royal Family will then make their way back to The Hague to attend the rehearsal of the performance of Dutch supergroup The Streamers at Paleis Noordeinde. Later on Tuesday, Willem-Alexander and Queen Maxima will host a virtual concert headlined by the act, a collection of well-known Dutch entertainers, scheduled to start at 8 p.m.

Last year’s King’s Day was also observed largely online, with digital flea markets and a virtual toast that took place as an alternative program to celebrate King's Day due to the ongoing health crisis.