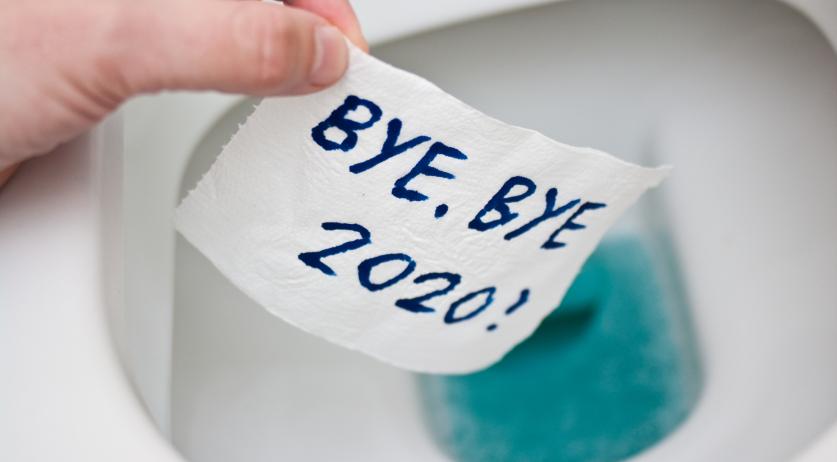 2020 was a year unlike any other. Without any doubt, the novel coronavirus was the number one topic on everyone’s minds. However, besides rising infection rates and new lockdown measures, there were still other notable stories in the Dutch news. Here are the top ten non-covid related stories of the past year.

Following the rising popularity of electric cars and heat pumps, Dutch electricity networks might face difficulties. Current electricity grids are not able to cope with the spike in demand, which in turn may lead to higher energy bills. The country aims to install 1.7 million public charging points for electric cars and take 1.5 million homes off the natural gas network by 2030. This will all lead to an unprecedented need for electricity.

In February, the Netherlands experienced its first storm of 2020. Winter storm Ciara brought strong winds with gusts of wind of up to 140 kilometers per hour, rain, and lighting.

No silver lining for NS trains

Eight railcars belonging to the national rail operator NS were completely covered in silver spray-paint last January. They were idly waiting at the station in Wormerveer in Noord-Holland when vandals painted the entire carriage, including windows and doorways, along the platform side of the trains.

The Netherlands returned a presumably stolen ceremonial crown from the 18th century to Ethiopia. The crown was secretly kept hidden in an apartment in Rotterdam for over 20 years and finally returned last February. Minister Sigrid Kaag of Foreign Trade and Development Cooperation made a one-day visit to the African country to return the artifact to Prime Minister Abiy Ahmed.

Dutch bank ABN Amro took a 183-million-euro blow to its profits after a single US client failed to meet margin calls required to keep trading. The bank pointed to the market turmoil during the coronavirus pandemic when it reported the loss in a statement at the beginning of the business day on March 26.

Forging connections in times of Brexit

In July, the Netherlands signed a quadrilateral treaty allowing for direct train travel between Amsterdam and London without a stop to transfer in Brussels. Instead, passport and security checks will be conducted in Amsterdam or Rotterdam. Officials said they hoped that a faster rail connection would incentivize passengers to opt for the train over short-haul flights. The treaty was signed by representatives from Belgium, France, the United Kingdom, and the Netherlands.

King Willem-Alexander turns around and runs a spending spree

In the past year, confidence in the Dutch king fell below 50 percent after the royal family was embroiled in several scandals. While Dutch citizens were struggling with the aftermath of the first coronavirus wave, the royal family decided to buy a new luxury speedboat, valued at two million euros. Soon after, the royal couple was spotted on holiday in Greece, where social-distancing measures were not adhered to. In October, after the Prime Minister announced a new partial lockdown, the royal family used the government’s Boeing 737 to fly to their holiday villa in Greece.

New language barriers on the road to Dutch citizenship

Thank you for your service KLM Boeing 747

The final KLM Boeing 747 landed in Schiphol on October 25. Prior to this historic moment, the municipality of Haarlemmermeer called on plane spotters to not come to Schiphol to see the final landing. The municipality was particularly worried about crowds forming and people not adhering to coronavirus rules.