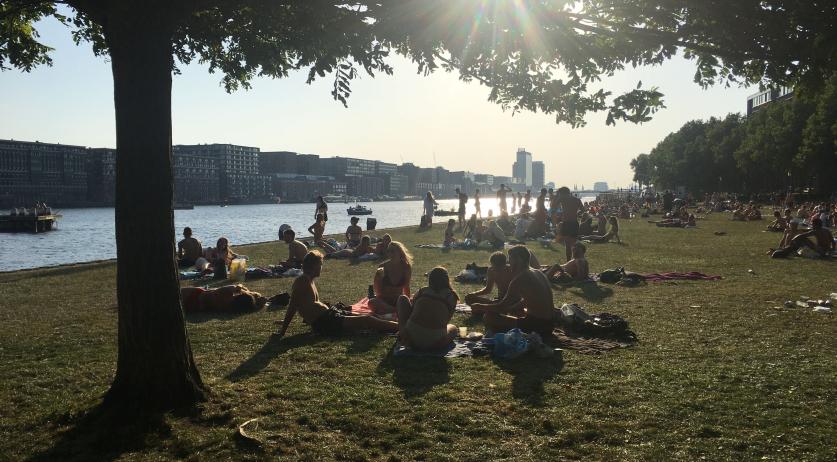 Weather warnings extended as NL thermometers climb up to 35ºC

Monday is set to be another hot one in the Netherlands, with maximums expected to range between 27 degrees Celsius on the Wadden and up to 35 degrees in the south and south east of the country. Meteorological institute KNMI extended its code orange weather warning for the provinces of Zeeland, Noord-Brabant, Limburg and Gelderland to Wednesday morning.

A code yellow warning applies to the rest of the country. The Wadden islands are the only place with no heat warning in effect. "There is persistent heat. Pay extra care and attention to vulnerable people in your area. The elderly and people with a chronic condition in particular are advised to take measures: stay hydrated, keep yourself and your home cool," the meteorological institute warned.

Monday will be largely sunny, with a few cloudy spots here and there. In the afternoon, there is a chance of some thundershowers especially in the east and northeast of the country. These may be accompanied by hail and strong winds, with gusts up to 75 kilometers per hour, according to KNMI.

There is also a solid chance of the heat record for August 10 being broken today. The previous record was 34.7 degrees on 10 August 1911. If temperatures climb higher than that at the KNMI weather station in De Bilt, today will be the hottest August 10 ever measured in the Netherlands - the third consecutive day heat record broken.