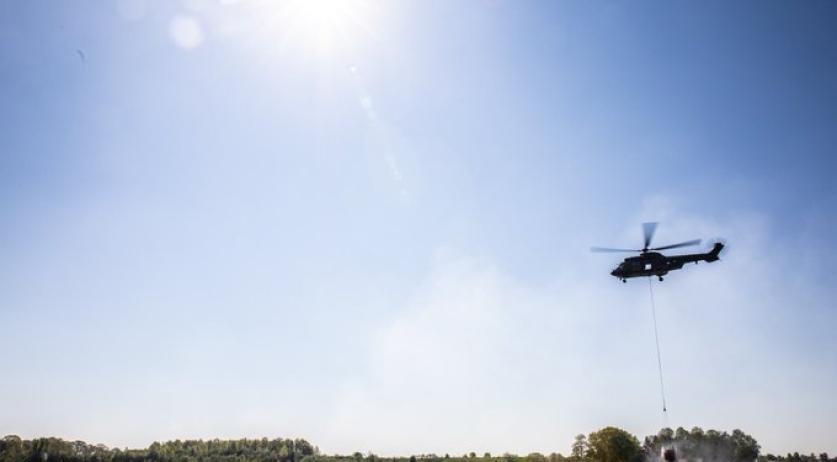 The some 4,200 residents of the Limburg town of Herkenbosch are still not allowed to return to their homes due to a fire still raging in National Park De Meinweg. On Thursday, the fire brigade is using drones and Defense helicopters to try and get the fire under control.

The entire town of Herkenbosch was evacuated during the early hours of Wednesday morning, due to high concentrations of carbon monoxide in the smoke released by the fire. The authorities hope to have some clarity for the residents about when they can return home by Thursday afternoon, local safety region Veiligheidsregion Noord-Limburg said to 1Limburg.

The fire brigade is using drones to identify hot spots of the fire and then sending ground teams to deal with it. The Ministry of Defense provided two Chinook helicopters to help fight the fire. "The ground is very dry and a lot of water is needed to keep it wet," the safety region said on Twitter.

The fire in De Meinweg is not the only wildfire currently raging in the Netherlands, or even Limburg. Another fire broke out near the Limburg town of Tienray during the early hours of Thursday morning, though firefighters managed to get it under control within a few hours.

In De Peel near Deurne, a wildfire has been raging for four days and is now the largest wildfire in Dutch history, according to Omroep Brabant. So far at least 400 hectares have burned - an area nearly six times the size of thee park Efteling.

On Thursday morning the firefighters were still struggling to get the fire under control, though few flames were still visible. The wind is blowing less hard than earlier this week, which is helping, fire brigade spokesperson François Peeters said to the broadcaster. He expects that the fire brigade will still be extinguishing and keeping an eye on this fire for weeks, in case it flares up again.