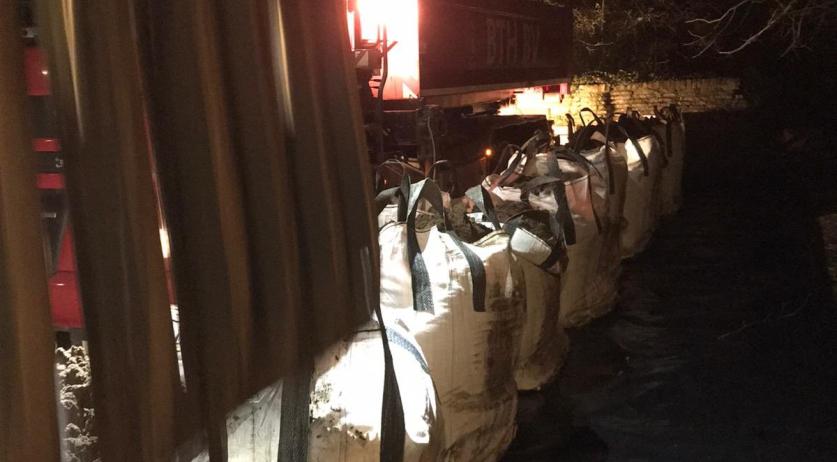 The Limburg Water Board placed huge sandbags in Vlodrop to protect a castle against water overflowing from the Roer river. The Roer usually flows at 100 cubic meters of water per second, but that increased to 120 cubic meters per second on Thursday. The water level already reached its height and is now falling again, NOS reports.

The high water was caused by rain in the Ardennes and Germany. A number of bicycle tunnels and streets in the immediate vicinity of the river were cordoned off as a precaution. "It is all in accordance with the script," a spokesperson for the water board said to the broadcaster. "It also happened at the same time last year. It's a recurring thing."

Due to the high water, Rijkswaterstaat closed the Rampsol inflatable dam near Kampen, in order to protect the hinterland against water from the IJsselmeer. This was the second time the dam was closed in three weeks.