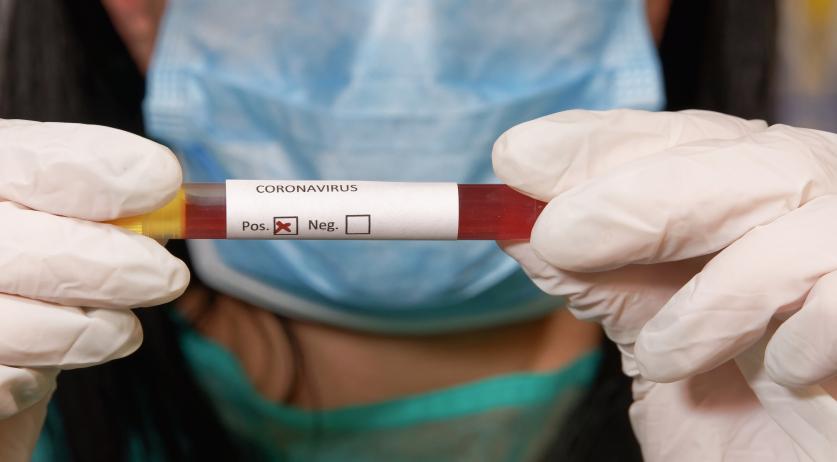 Coronavirus in The Netherlands: First positive case of Covid-19 reported

A Dutch person who traveled to the Lombardy region of Italy is the first in the Netherlands to have tested positive for the Covid-19 coronavirus strain, Dutch health agency RIVM announced Thursday evening. The man, which BD reported as a 56-year-old from Loon op Zand, Noord-Brabant, was placed in quarantine, authorities confirmed.

The man has been at the Elisabeth-TweeSteden hospital in Tilburg since Wednesday. His condition was not revealed. Health service GGD launched an investigation to map out who the patient has been in contact with, and investigate how the disease might have been transmitted further.

"These people, referred to as 'contacts,' are monitored and must record their temperature twice a day, and report this to the GGD. They must also report other symptoms that they have," the RIVM stated. "These measures will reduce the chance that the disease spreads in the Netherlands."

The Lombardy region was home to around 75 percent of Italy's coronavirus cases. Over 300 people have tested positive there, and from that group ten people have died. One of those infected was a staff member to regional governor Attilio Fontana. Fontana then posted a video on social media where he placed himself in quarantine.

Though it is the first diagnosis in the country, at least one scientist publicly speculated the virus was already present in The Netherlands. "We have come to the moment when we have to act. I suspect that there are already people in the Netherlands with the coronavirus. We just haven't found them yet," said Alex Friedrich, a professor and microbiologist at the University Medical Center Groningen.

"If all the countries around you have infections, you can hardly prevent it," he said hours before Germany began telling hundreds of people to enter quarantine near the Dutch border after three people tested positive there, one of whom also traveled to northern Limburg. Because of the infections, Germany was particularly concerned about the 300 people who attended a Carnaval celebration in Langbroich, and the people they subsequently encountered.

Friedrich was critical that authorities in The Netherlands had limited the amount of contact mapping it was engaged in, he said in an interview with broadcaster RTV Noord.

The RIVM said the procedure of isolating a patient who tests positive, investigating their contacts, and monitoring them further will be standard practice in The Netherlands should anyone else be diagnosed with the Covid-19 virus.

Late on Wednesday, Minister Bruno Bruins for Medical Care defended the country's response, saying the country was well prepared to contain the virus and limit its spread. Centralized locations for quarantine have been established, he said, and the government is monitoring the supply of face masks and protective gloves.

"Earlier this evening it was announced that there is now also a case of corona-infection in the Netherlands. I am staying in close contact with Bruno Bruins about, among other things, all the efforts that have been made to prepare our country for this," said Prime Minister Mark Rutte.

Anyone with a fever and respiratory symptoms, and who has recently been to either China, parts of Italy, South Korea, or other areas where Covid-19 is widespread, can be tested for the virus. Respiratory symptoms include coughing and shortness of breath. "A doctor can also request this test for someone with these symptoms if he or she has been in contact with a patient with the new coronavirus," the RIVM stated.

"We have tested about 50 people in the Netherlands so far. So far the results have all been negative, but sooner or later a patient can of course be found," Bruins said to broadcaster NOS the day before the positive result was announced.

Late on Thursday, Bruins said around 60 people have been tested thus far.