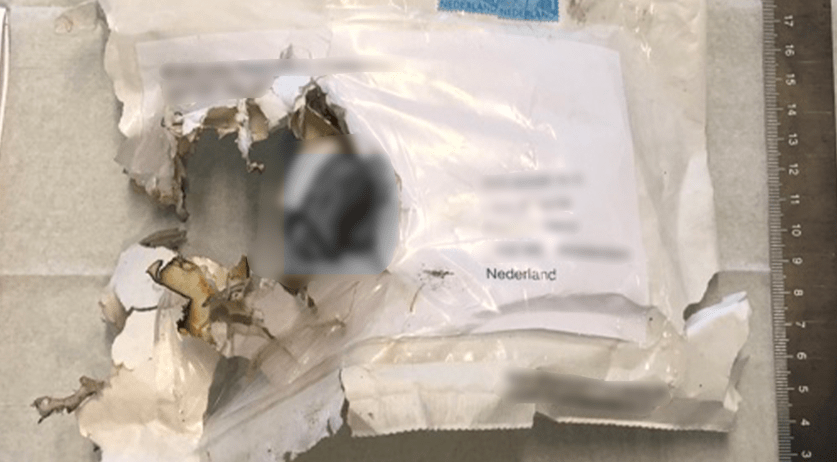 The police shared more information about mail bombs sent to different businesses in the Netherlands since late last year on Opsporing Verzocht on Tuesday evening. Investigators hope that information from the public can help them find the perpetrator behind these explosive letters.

Seven businesses in Amsterdam, Rotterdam, Utrecht and Maastricht received mail bombs late in December and early in January. None of these exploded. Last week, mail bombs exploded twice in Amsterdam and once in Kerkrade, and another was found and safely disposed off in Leusden. So far, no one was injured by these bombs. The sender demanded that an amount in bitcoins be paid to them.

The mail bombs were sent in a white envelope, stamped with two stamps, and with an address label printed on. They were made to look like they were sent by the CIB, a collections agency in Rotterdam. The envelopes were all visibility thick.

Inside the perpetrator put flammable substance in paper bags with a picture of Delft on it. The bags are 10 x 9 centimeters large, are made by one printer in the Netherlands, and are popularly used in souvenir shops and on markets. The police aren't looking for tips about where these bags can be bought, but are looking for places who use the bag and may have had a request for a few extra. Investigators also want to talk to wholesalers who noticed selling the bags to a private individual instead of a company.

The blackmailer ended each letter with a striking "signature" consisting of fullstops and a forward slash. The police think they may also use this signature in other communications.

The mail bombs also contained a 9-volt Duracell battery. The cover was removed from the battery. Investigators want to make contact with anyone who noticed someone with such dismantled batteries in their possession, or noticed battery casings discarded somewhere.

The investigators also want to talk to anyone who can think of someone capable of extorting the affected companies, someone who may have a grudge against one or more of the companies. Or someone with knowledge of cryptocurrencies and how to build a bomb. A €15,000 reward is on offer for the tip that leads to the perpetrator's arrest.

Companies who receive a suspicious letter are advised to keep their distance from it. Contact the sender to check whether the letter really is from them. And if it isn't, contact the police at once.