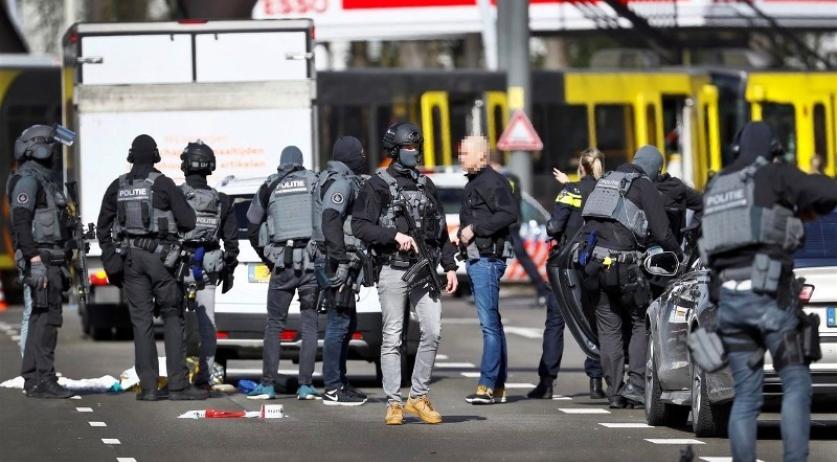 There is a very real concern in the Netherlands regarding potential terror attacks, particularly from ISIS recruits and jihadists, right-wing extremists, and radical activists, according to Dutch counter-terror office NCTV. Because of this, the terror threat level in the country remains high, with holding at 4 out of a maximum of 5 in the terrorism threat assessment published by the NCTV on Monday.

The very heightened alert has remained in effect for several years, only briefly rising to level five in the wake of the mass shooting at a tram stop in Utrecht last March. Although there were relatively few attacks in the West, there remains a substantial intent to attack, the NCTV said in a statement.

People who left the Netherlands to join ISIS are still considered a main threat to the Dutch. The agency cited those who believe in the "ISIS ideology", but wound up either in custody or at a detention facility following the collapse of the caliphate as being of particular concern. Those people could either re-join ISIS or a similar organization, or take the ideology with them when they attempt to return to the Netherlands, the NCTV said.

Likewise, the NCTV again raised the issue of domestic jihadists also pushing their children towards terror cells at an early age. "In the Netherlands it is estimated there are hundreds of jihadist couples and dozens of families, one parent of whom adheres to jihadist ideology," the NCTV wrote in a statement.

With a series of violent protests against the installation of windmills in Drenthe and Groningen, and the occupation of a pig farm in Boxtel, activist groups are expected to be of increasing concern in the near future. The Boxtel protest group Meat the Victims was named alongside Extinction Rebellion as organizations that demonstrate in a non-violent manner but seek maximum media exposure with aggressive campaigns.

A terrorism threat assessment for the country, or DTN, is supposed to be published by the NCTV three times per year. The scale ranges from 1 to 5, corresponding to a "minimal," "limited," "significant," "substantial," or "critical" risk of attack.

The DTN has maintained the "substantial" risk for most of March 2013 through Monday's publication of DTN 50. The first quarter of 2013 was marked by growing violence in Iraq during the insurgency, the expansion of the Islamic State from that country into Syria, several attacks from Boko Haram-linked organizations in Nigeria, and incidents in Mali.

The first DTN was published in May 2005.