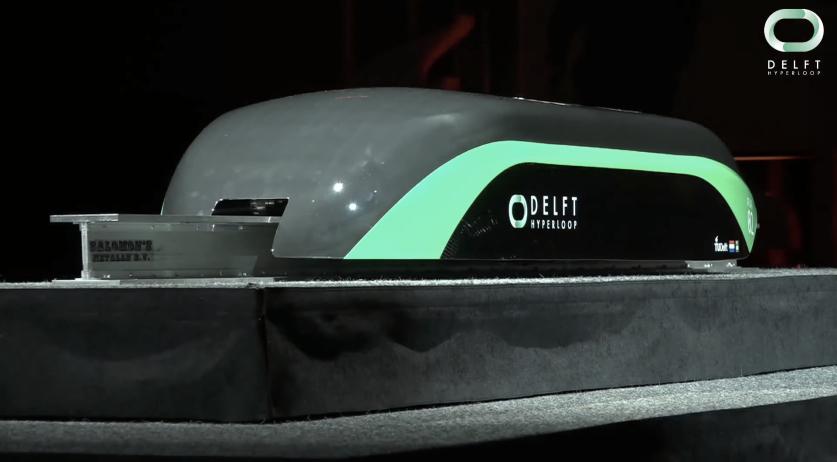 The Delft Hyperloop Team unveiled their Hyperloop concept with which they will participate in the SpaceX Hyperloop Pod Competition in California next month. According to the TU Delft students, their pod, the Atlas 02, accelerates faster than a Formula 1 car and brakes four times as hard, Bright reports.

This year the Delft students aim to break the record for the highest speed ever reached by a Hyperloop. That record currently stands at 467 kilometers per hour, set by a German team at SpaceX last year.

The Delft Hyperloop Team won the first Hyperloop competition at the start of 2017. Last year the team hoped to run their pod at around 450 kilometers per hour, but due to a technical fault only reached 142 kilometers per hour. The Delft team came in second place. First place went to WARR Hyperloop, a student team from Munich University.