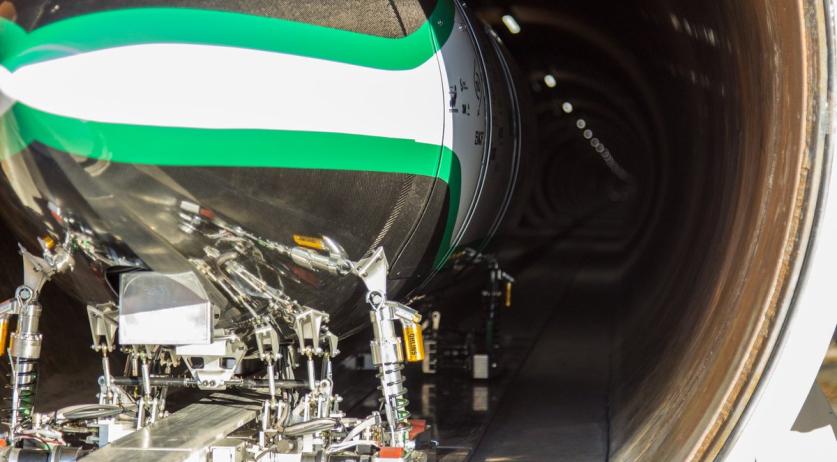 A team of student's from TU Delft won the overall prize for best designed Hyperloop capsule at a competition organized by Elon Musk's space company SpaceX in Hawthorne, California, the university announced on Twitter.

The Hyperloop is a super fast means of transport invented by Musk himself. It consists of a Hyperloop capsule traveling through a vacuum tube, which offers very little resistance. The idea is that such a Hyperloop capsule will eventually be able to, safely and efficiently, travel at well over 1,000 kilometers per hour.

A total of 29 teams took part in the competition, after already impressing the judging panel enough with their prototypes to gain entry. Only five teams passed the safety and design tests. And eventually three teams took part in a race in a 1.2 kilometer long test tube,including that of TU Delft.

The TU Delft capsule got the best overall score, team captain Tim Houter said to NU.nl. "Unbelievable, this is the moment the whole team worked for for a year and a half." he said. "We weren't the quickest, but that was not the prize we aimed for. We wanted to make a innovative and good contribution. We therefore did not only focus on speed, but also on efficiency during construction and on the cost and safety of the capsule. Based on that we won this prize."

A team from the Technical University in Munich won the prize for the fastest capsule. And American university MIT won on safety and reliability.