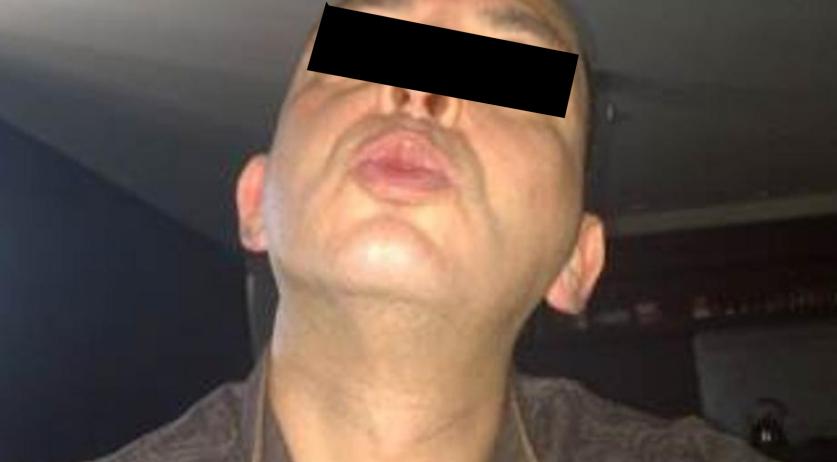 Amsterdam fugitive Ridouan Taghi was linked to another four murders by statements made by key witness Nabil B. Over the weekend a SWAT team also arrested three men in Suriname, for crimes linked to the most wanted man in the Netherlands.

In total, key witness Nabil B. linked Taghi to eight murders, two attempted murders, and the preparations of two assassinations, Het Parool reports based on a still confidential list of B.'s testimonies. This list will be presented to the defense lawyers in the coming days, according to the newspaper.

The murders not previously linked to Taghi include that of 22-year-old Mohammed Alarasi in January 2014. According to Parool, Alassi was not the intended target of this attack - he was mistaken for Samir Jabli, who was shot dead in December of that year. The new suspicions against Taghi also include the murder of Ronald Bakker in September 2015 and the assassination of Wout Sabee in June 2016.

Lawyer Nico Meijering, who represents Mohammed R. - one of the suspects in the case against the organization around Taghi, has not yet been informed about this list Het Parool has in its possession, he said to NU.nl. "This is proof that there is a leak at the police and Public Prosecution Service", he said to the newspaper, referring to an incident in which a photo of Nabil B. ended up his client's case file and with the Telegraaf. "It was then said that this had to come fromm the lawyers", Meijering said. "The opposite now appears to be true and the evidence for this has been provided."

Over the weekend, a tactical police unit in Suriname arrested Alejandro P., 30, along with 43-year-old Mao R. and 41-year-old Mario R. A police statement said they were taken into custody on Sunday in connection with at least one murder. They were also accused of working within a criminal organization.

Mao R. and Mario R. were both said to be connected to Taghi, according to Sint Maarten news outlet Daily Herald. The suspects are brothers who went into a life of crime with Taghi at an early age, moving from petty crime into cocaine trafficking, and ultimately the murders of rival drug dealers, the newspaper said.

The same report said Alejandro P. was suspected of having ties to the 2015 assassination attempt of Peter R. (also known as “Pjotr R.“) in Diemen. It is not clear if Alejandro P. is the suspect of the same name who was convicted in abstentia for the crime, and sentenced to 14 years in prison. That person was accused of stalking Peter R. and preparing the assassination attempt.

The victim was struck repeatedly in a hail of gunfire where 34 shots rang out. It was a “miracle” he survived, an Amsterdam court said. Four others were sentenced to between 12.5 and 20 years in prison for their roles in the shooting.

“They committed these offenses outside of Suriname,” police confirmed. “These suspects are being sought by the Netherlands judicial system. They fled to Suriname in order to evade capture by Dutch justice officials.” Local media said one of the suspects confessed to hiding from authorities in the Netherlands. 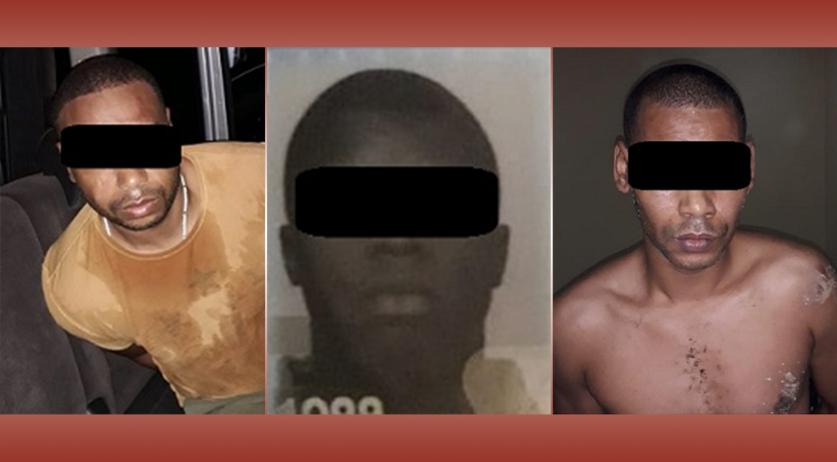 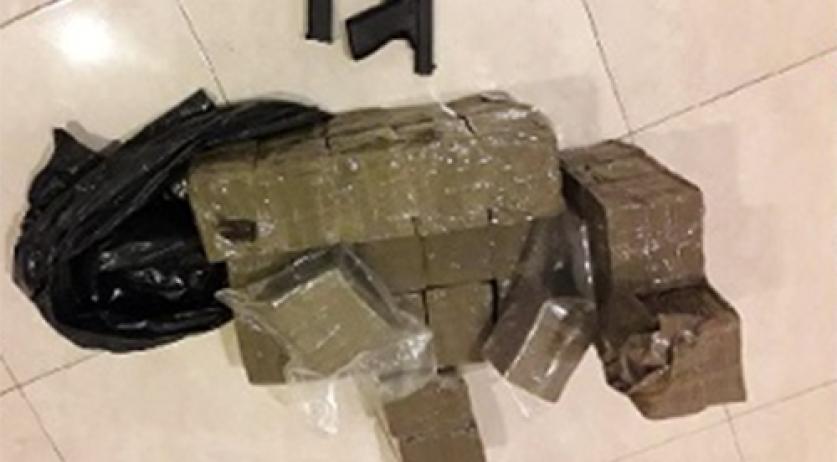 Police allege Mao R. was in possession of 30 kilograms of hash, which was shown with a firearm in images released to the media. May 27, 2019. Photo: Korps Politie Suriname
Image 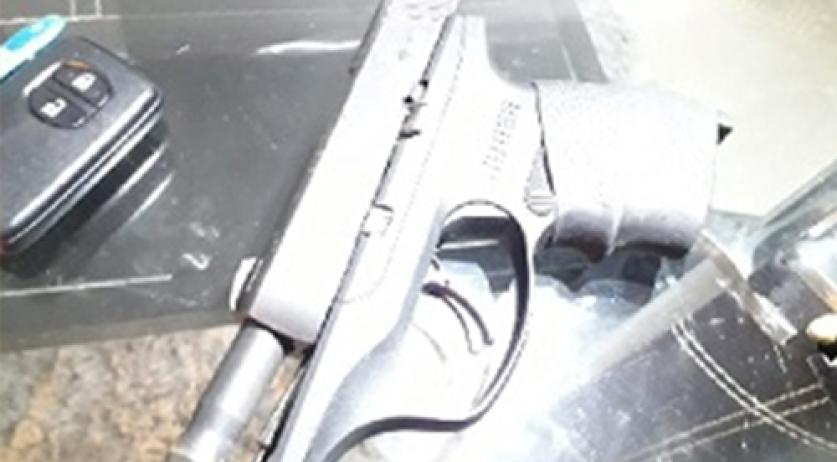 A firearm allegedly found in the possession of a suspect police said was linked to organized crime in the Netherlands. May 27, 2019 Photo: Korps Politie Suriname