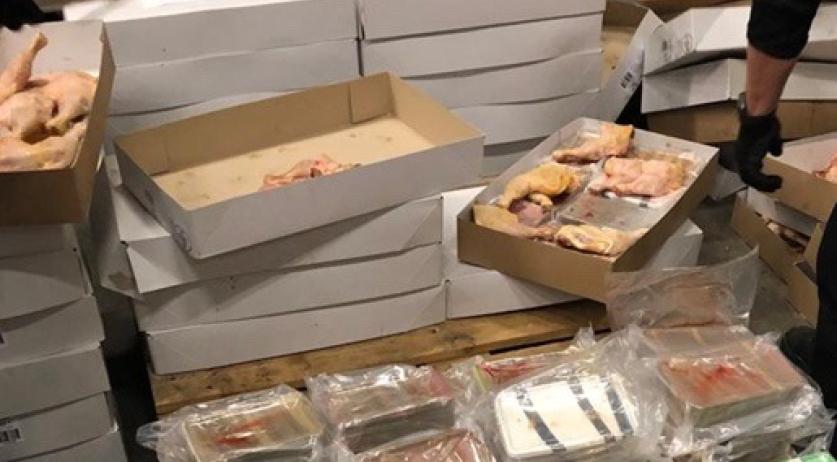 Last week customs officers found crystal meth and ketamine at a transport company in De Lier. The drugs were hidden in a shipment of frozen chicken drumsticks, which were on their way to England, the Public Prosecutor said in a statement.

The discovery was made on April 17th. A 32-year-old man from Amsterdam was arrested on suspicion of involvement in drug trafficking and money laundering. He was arraigned earlier this week and remanded into custody for another two weeks.

According to the Public Prosecutor, the found drugs had a street value of "tens of millions of euros".

The police searched properties in Amsterdam and Zwanenburg and seized administration and 15 thousand euros in cash.

"Both the drumsticks and the drugs have been destroyed", the Prosecutor said. "The drumsticks were no longer fit for consumption."