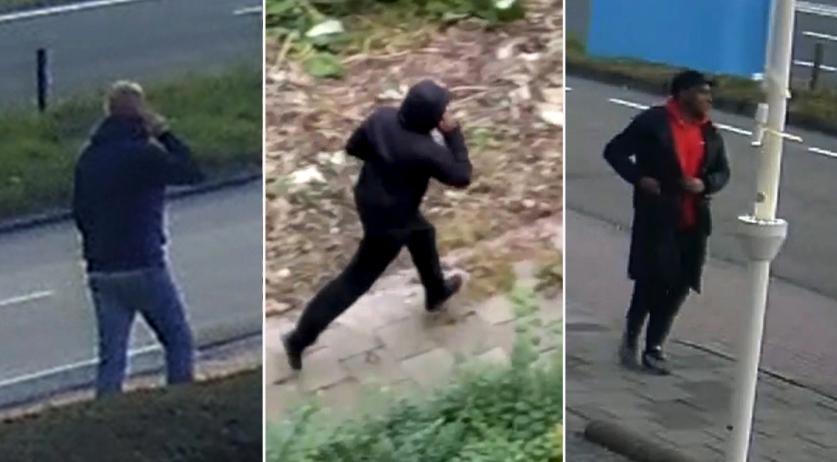 The police are still searching for two gunmen and a getaway driver in the murder of Amsterdam DJ and party organizer Djordy Latumahina on October 8th last year, the police said on Opsporing Verzocht on Tuesday. Five suspects arrested on Tuesday morning are suspected of involvement in more remote roles. The judiciary offered a 25 thousand euro reward for the tip that leads to the arrest of the two gunmen and getaway driver.

The gunmen killed Latumahina by mistake - according to AD, their intended target was a criminal that lived in the same apartment building. There were two gunmen. One was a white man wearing a dark jacket and light blue jeans. The second was a dark skinned man dressed all in black. The getaway driver is also dark skinned. He was dressed in a bright red hoody, a long black coat and black pants.

The police believe that the three suspects met up in Amsterdam-Noord before the assassination, though exactly where they met is still unclear. They arrived in the parking lot of the apartment building on Koningin Wilhelminaplein in a Volkswagen Caddy that was stolen from Leiden. They drove around in the parking lot until they found a spot about 30 meters away from where Latumahina parked his black Mini Cooper.

Latumahina was out buying a present for his uncle's birthday at this stage. The two gunmen waited in the Caddy while the driver walked out of the parking garage, presumably to let the gunmen know when Latumahina arrived.

Latumahina came home to pick up his girlfriend and their 2-year-old daughter for his uncle's birthday party. The gunmen from the Caddy approached them and opened fire on Latumahina. He died at the scene. His girlfriend was critically injured, but survived. Their daughter sustained no physical injuries.

An important part of the perpetrators' flight was filmed by two residents of Wittgensteinlaan, where they set the Volkswagen Caddy on fire and made their way to a black Seat Leon in which they fled further. The driver was apparently unable to control the car at high speed, which resulted in them abandoning it on Kruisweg in Hoofddorp with flat tires. From there they fled afoot towards the McDonalds.

The police believe the perpetrators were also using a dark colored Mercedes Vito in the period around the assassination. Investigators call on anyone who can link the Vito to the suspects to come forward.

The police already received multiple tips in this case. Even during the Opsporing Verzocht broadcast some 20 tips came in.