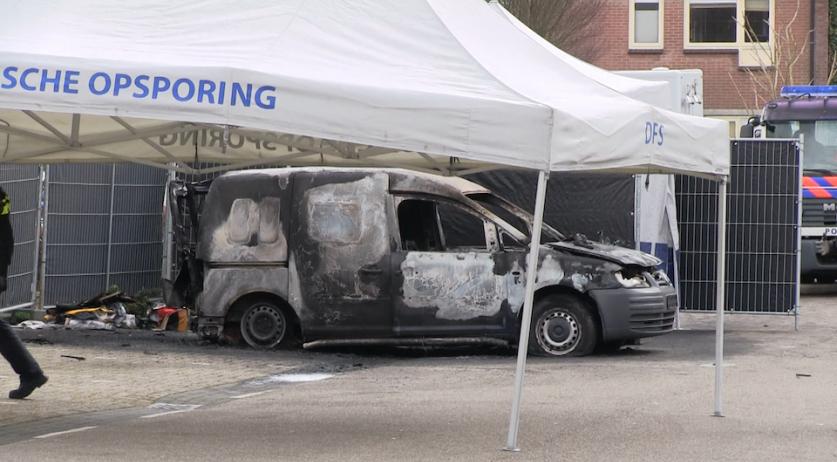 The police released surveillance camera footage showing the person who placed Nabil Amzieb's severed head in front of a shisha lounge in Amsterdam last week. They also released more information about the case on Opsporing Verzochot on Tuesday night, in the hope that information from the public will help lead to an arrest. The video footage shows a man wearing a hooded jacket calmly walking down Amstelveenseweg towards Fayrouz Lounge. He's carrying Amzieb's head in a black rubbish bag. He leaves the head behind in front of the shisha lounge and then quickly walks back in the direction towards Stadionplein. This happened around 5:00 a.m. on Wednesday, March 9th. The head was discovered by a passerby about two hours later. The footage also shows several cars driving past before and after the head was placed. The police would like to make contact with the drivers of those cars as they may have noticed something relevant to the case. https://youtu.be/LZJybIo5q7U   Amzieb's decapitated body was found in a burning car on Mijehof in Amsterdam on Tuesday, March 8th. The police received the report of a car fire around 02:13 a.m. Firefighters discovered the body while extinguishing the fire. The car involved was a dark colored Volkswagen Caddy without license plates. This vehicle was last seen on February 18th of this year on Tolsteegplantsoen in Utrecht and is registered as stolen. The police want to talk to anyone who may have witnessed anything related to this car fire.

Investigation also linked a second car fire to this case. This car was found around 6:00 a.m. on March 9th on Kelbergen in Amsterdam Zuidoost. It was found about an hour after the head was left on Amstelveenseweg. One man was seen at the fire. He has light skin, is between 1.8 and 1.85 meters tall and was dressed in a dark, possibly padded three-quarter jacket or bomber jacket The car is a black Volkswagen Polo, stolen from Ondiep-Zuidzijde in Utrecht during the night between May 18th and 19th last year. The police want to talk to anyone who may have witnessed anything related this car fire. The police also want to talk to anyone who can provide information on Amzieb himself. Specifically anyone who saw him after Friday night, March 4th or know what he did or planned to do that night.