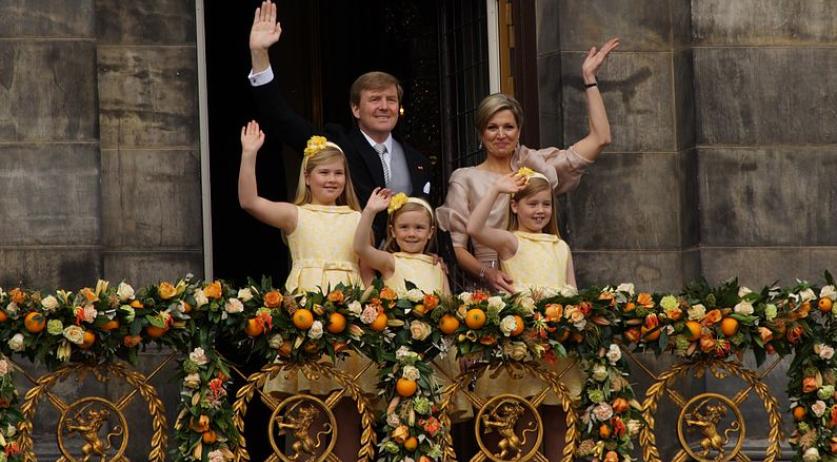 Beatrix not participating in next King's Day

The municipality of Dordrecht has announced the King's Day 2015 program, which will take place on Monday April 27th. Dordrecht is the first municipality to organize King's Day with a "new look". While Princess Beatrix will not be participating in this year's King's Day, the tree young princesses will be attending.  King Willem-Alexander, Queen Maxima and the other royal attendees will arrive at the Groothoofd on the river in Dordrecht per boat, where they will watch a the boat show Grande Parade. The boat show will include 50 ships, including historic ships as well as ships belonging to maritime companies in the region. The royal attendees will the go toe the Grote Kerk per boat, traveling through the Wolwevershaven and Niuwe Haven. The royal family will attend the Bach Festival. The royal family will then travel by  electric bus to the Scheffersplein in the center, where they will enjoy the program part Made in Dordrecht with local delicacies and products. After that Het Hof is the next destination. The historic buildings on Het Hof that have been renovated will also be opened on that occasion. The family will then go to the Statenplein where the closing party will be held. The program starts at 11:00 a.m. and is over by 13:15 p.m. In addition to the King Willem-Alexander, Queen Maxima and their daughters, the royal attendees will include Prince Constantijn and Princess Laurentein as well as the Princess Margriet's three sons, Maurice, Berhard and Floris. It is still uncertain whether their brother Pieter-Christiaan will be attending.