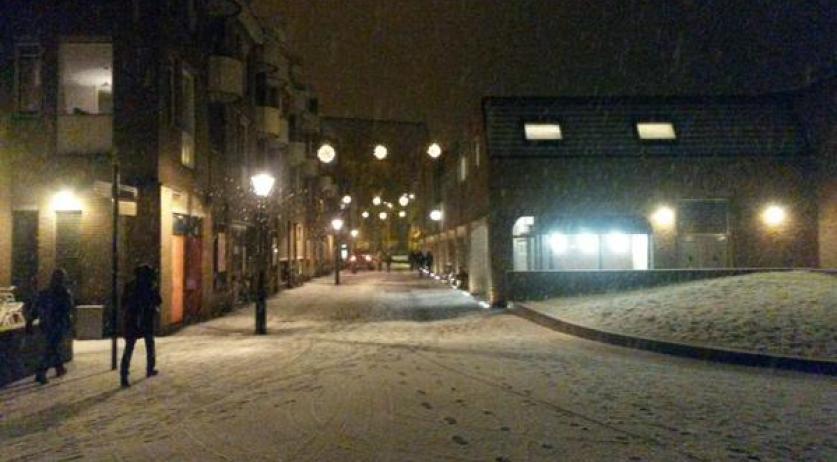 Snowfall will cover a large portion of the Netherlands Sunday night, meteorologists at the KNMI say. All provinces are under a code yellow weather alert for snow and slippery conditions, except Noord and Zuid Holland, and Zeeland. Temperatures in Drenthe, Gelderland and Overijssel are expected to fall to zero degrees celsius, the KNMI reports. Those provinces have the best chance for snow, which Weerplaza.nl says could accumulate to over five centimetres. Dustings of snow were reported Saturday night all over the Netherlands, including in Alkmaar, Noord Holland and Budel-Schoot, Noord-Brabant. Slick conditions in the east are likely to continue into Monday. https://twitter.com/asteven84385680/status/556717592631857152 https://twitter.com/vetmanjohn/status/556539705798705152