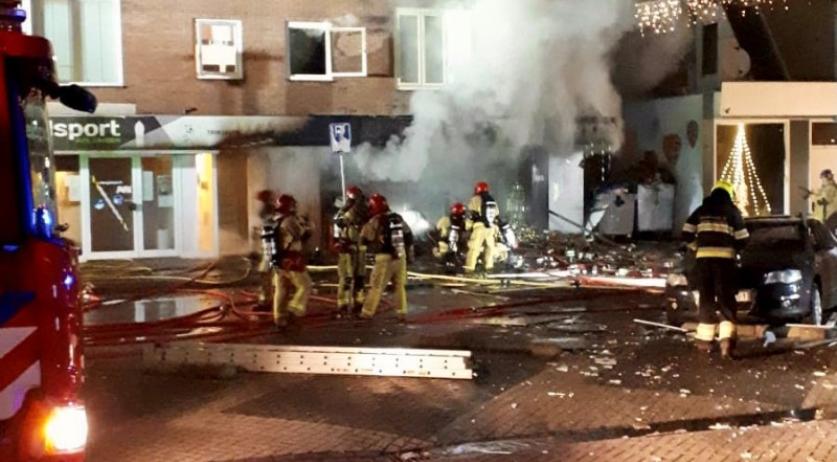 An explosion in shopping center De Beverhof in Beverwijk damaged the facade of a supermarket early on Wednesday morning. This is the third explosion affecting a Polish supermarket in the Netherlands in two days, after similar blasts at grocery stores in Aalsmeer and Heeswijk-Dinther on Tuesday morning.

The explosion on Slangenwegje in Beverwijk happened at 5:15 a.m. on Wednesday, the Kennemerland police said on Twitter. The blast damaged the supermarket's facade and left rubble lying across the street. The police are at the scene investigating.

At 3:00 a.m. on Tuesday, there was an explosion on Ophelialaan in Aalsmeer that left a supermarket severely damaged, the police said in a statement. The blast also caused damage to surrounding buildings and sparked a fire in a car parked nearby.

An hour later, another explosion caused major damage to a supermarket on Raadhuisplaza in the Noord-Brabant town of Heeswijk-Dinther. The explosion started a fire, that the fire department eventually got under control. The residents of apartments located above the supermarket had to be evacuated until after experts determined that the building was structurally sound.

As far as is known, no one was injured in any of the three explosions. The police said nothing about the blasts being potentially linked, but some Dutch media reported that the three supermarkets have the same owner. The locations in Beverwijk and Aalsmeer both use the name Biedronka, though the well-known Biedronka supermarket chain in Poland told NL Times that the stores in the two Noord-Holland cities were not affiliated with their business.