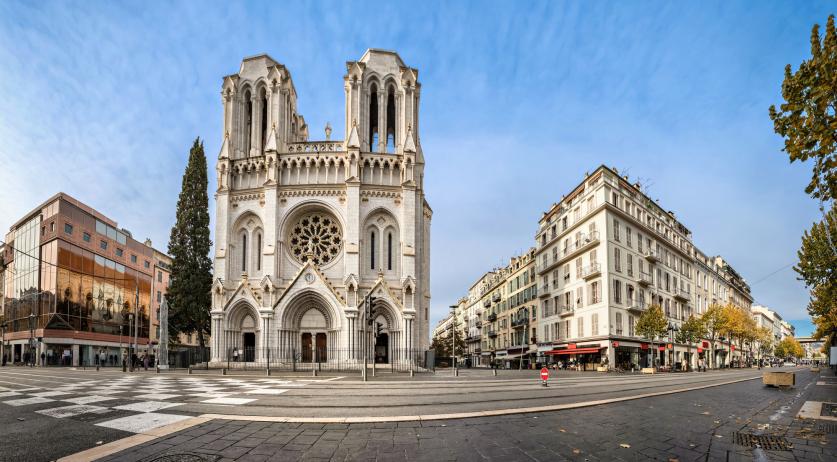 Prime Minister Mark Rutte responded to an apparent knife attack near the Basilique Notre-Dame de l'Assomption church in the center of Nice, that left at least three people dead on Thursday. Rutte wished strength to the victims and their families, and stressed that the Netherlands stands with France.

Exactly what happened is not yet clear. Police sources told NOS that at least three people were killed. Le Monde reported that the perpetrator first beheaded a woman in the church, and then attacked a church employee. The third victim was killed in a bar in front of the church, where she took refuge. At least six people were injured.

"For the second time in a short period, France is shaken by a gruesome act of terrorism, this time in Nice," Prime Minister Mark Rutte said on Twitter. "Our thoughts go out to the next of kin. And we say to the people of France: you are not alone in the fight against extremism. The Netherlands stands with you."

Minister Wokpe Hoekstra of Finance expressed his horror at the attack on behalf of the Dutch government. "I would like to emphasize once again that we are 100 percent behind France in the fight against this kind of terror," he said during a parliamentary debate, ANP reports.

"My mind dwells on the hatred and gruesome murderous spirit of this Islamist terrorist," Minister Sigrid Kaag of Foreign Trade and Development cooperation said. "My thoughts are with the French. In Europe we stand together for our free society."

Foreign Affairs Minister Stef Blok said that the attack in Nice left him "shocked and indignant". "My thoughts go out to the relatives of the victims and the entire French people. The Netherlands remains in solidarity with France. Our societies will never tolerate terrorism."

"Another terrorist attack in France, terrible," GroenLinks leader Jesse Klaver tweeted. "Our thoughts are with the French."

SP leader Lilian Marijnissen called the attack "awful" on Twitter. "Strength to all relatives and all of France. Whatever your background, color, or religion, let us unite against this barbarism"