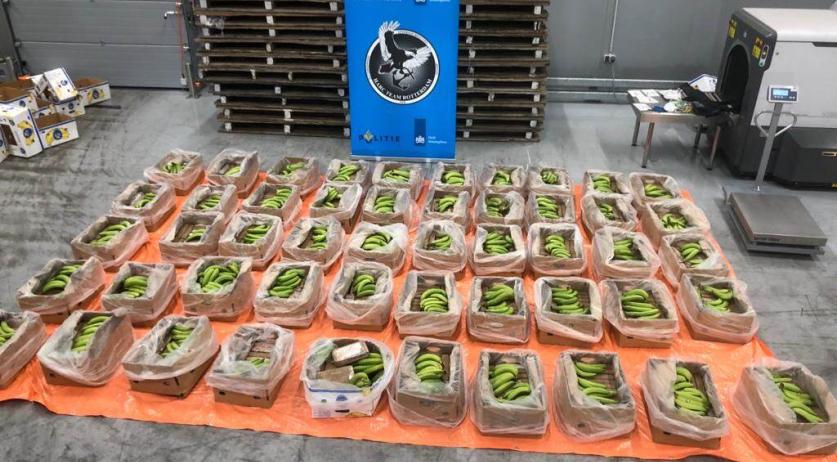 Approximately 56 million euros in cocaine was found hidden in a shipment of bananas. It was at least the fifth time this year that a banana delivery which originated in Ecuador was found to be concealing a large quantity of cocaine.

A 29-year-old man from The Hague was arrested in connection with the new case. The sea container used to ship the fruit was on a ship that had departed from Ecuador, and then arrived at the Rotterdam port on August 4. It was inspected the day it arrived.

Investigators from the hit-and-run cargo team in Rotterdam found 743 kilograms of cocaine in the container upon its arrival, the public prosecutor said in a statement. The drugs were destroyed by investigators.

It was not clear why the man from The Hague was arrested, or how investigators caught him. He was arraigned on August 8, and remanded into custody for two weeks while the investigation into the case continues.

The hit-and-run cargo team is made up of staff from the Customs office, Port Police, Public Prosecution Service and the financial crimes inspectorate FIOD.