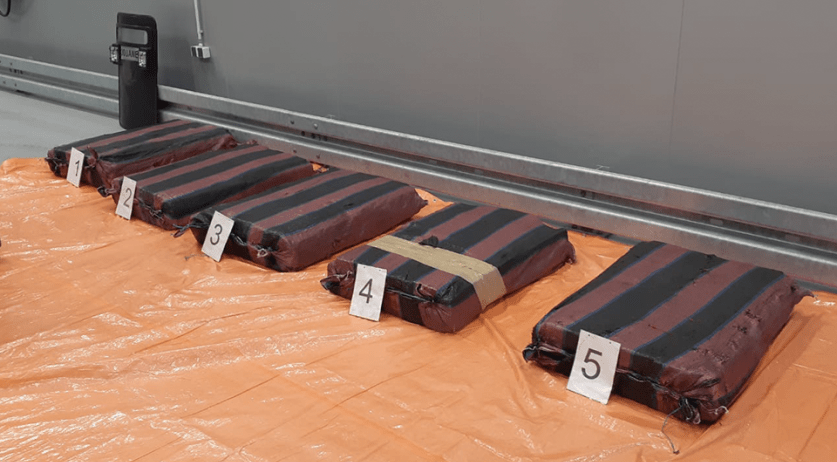 A sea container full of bananas which arrived in Rotterdam over the weekend was concealing a shipment of 374 kilograms of cocaine, the Public Prosecution Service (OM) confirmed. The street value of the drugs found in the container topped 28 million euros.

Two men were arrested when they came out of the container where the cocaine was found, the OM told NL Times. The suspects were taken in by Customs officials and the port police. Workers spotted the pair at the ECT Delta port terminal and contacted authorities.

The two are aged 18 and 22, the OM confirmed. They were remanded into custody on Wednesday, and will remain behind bars for at least two weeks.

A hearing into the case will likely be held on June 17. The case is being investigated by the Hit and Run Cargo Team, a joint effort between the Rotterdam OM, Customs, the port police and financial crimes inspectorate FIOD.