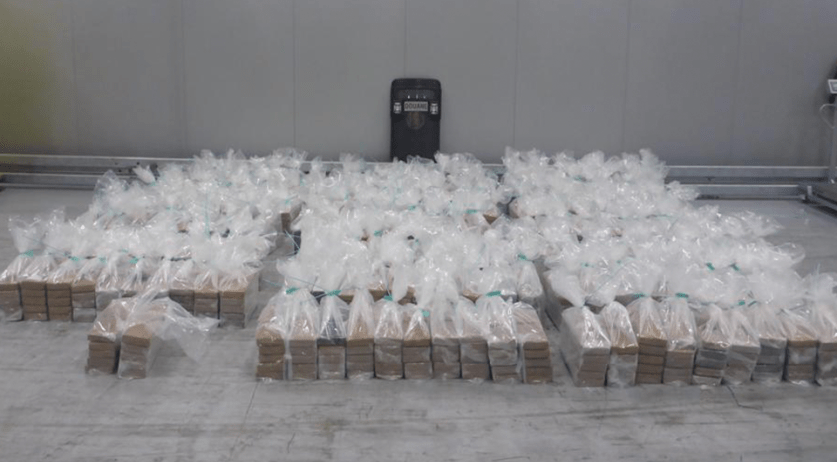 €151 million in cocaine found in banana shipment destined for Hungary

Customs officers at the Port of Rotterdam found a massive 2,020 kilograms of cocaine hidden inside a sea container full of bananas. The shipment had arrived from Guayaquil, Ecuador, and was to continue on to a company in Hungary, the Public Prosecution Service (OM) said.

"The street value of this batch of cocaine is more than 151 million euros," the OM said. The discovery was made on Saturday during an inspection at the port.

Authorities would not identify the firm that was set to receive the shipment. "The recipient probably has nothing to do with the smuggling," the OM said.

Last weekend authorities found another 374 kilograms of cocaine hidden in a different banana shipment. Two Rotterdam men who had raised suspicions by their presence at a a port terminal were later arrested when they were caught coming out of the container. That shipment was valued at 28 million euros.

The OM on Friday also acknowledged for the first time a separate discovery of cocaine at the Port of Rotterdam dating back to May 20. In that case a smaller batch of 37 kilograms of cocaine was found in a shipment of pomegranates.

The fruit had arrived from Lima, Peru and were destined for a company in Germany. Again, the OM said that company was not believed to be involved with drug trafficking.

Bricks of cocaine were packaged and kept inside of duffel bags hidden in the sea container.

All three drug busts were run by the Hit-and-Run Cargo Team at the Port of Rotterdam. The HARC Team is a partnership of the Customs office, the tax authorities financial crimes inspectorate, the port police and the Rotterdam division of the OM. The cocaine in watch case was inventoried then destroyed, the OM said.