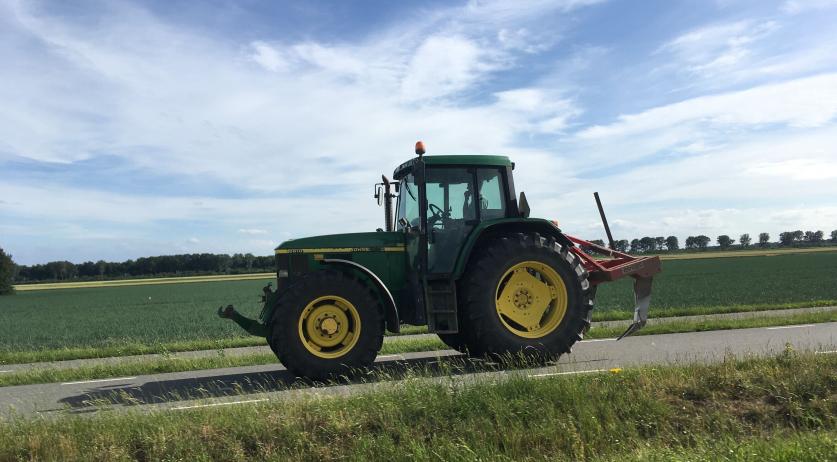 The northern provinces of Groningen, Drenthe and Friesland have all banned protests and demonstrations involving tractors and other agricultural vehicles for the time being. According to the provinces, recent protests were not reported in advance. "As a result, it was not possible to agree on how to demonstrate safely," the security region in Friesland said to NU.nl.

Over the past five days, farmers demonstrated with their tractors and agricultural vehicles against Agriculture Minister Carola Scouthen's plans to ban the adding of protein to animal feed from September. Farmers add protein to cattle feed as concentrates, but this also means that the animals emit more nitrogen through their urine and manure.

According to the protesting farmers, Schouten's measure to reduce nitrogen emissions comes at the expense of animal welfare. In protest, farmers blocked multiple highways, distribution centers and access to Eindhoven Airport over the past days.

The ban against protesting with vehicles will be in effect in all three provinces until at least Monday. The security regions (Veiligheidsregio's) stressed that people are free to demonstrate in other ways.

Action group Farmers Defense Force called the ban a "deceleration of war" and said that it is taking Veiligheidsregio Drenthe to court, according to NU.nl.

It is not yet clear how this ban will be enforced. In the past, blocking heavy agricultural vehicles from going where they want to has proven difficult.