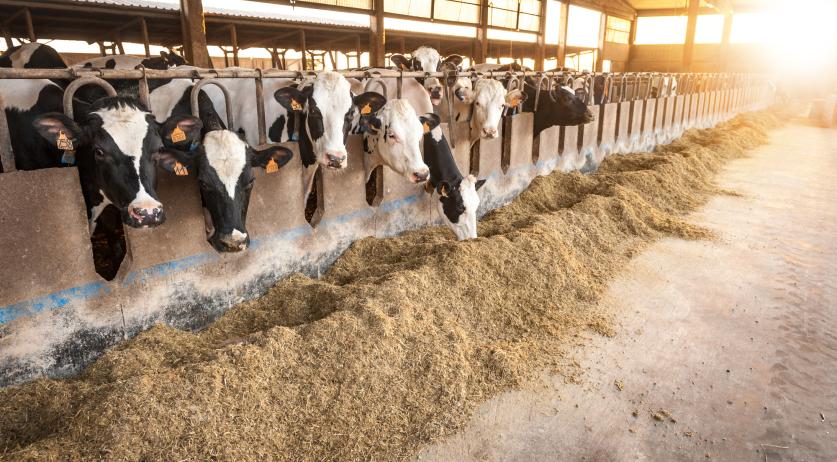 Minister Carola Schouten of Agriculture is sticking to her plans to ban the addition of protein in animal feed from September, in order to reduce nitrogen from cattle and thereby create room for the construction of homes and roads, she said in a parliamentary debate late on Thursday night. Farmers are furious by this extra interference from The Hague. After some spontaneous demonstrations on Thursday night, they said they planned to protest in The Hague on Friday, NU.nl and AD report.

The police were on foot en masse in The Hague from early on Friday morning in view of the possible farmers protest. Large trucks were used to block access to the Binnenhof. A the request of the municipality of The Hague, the Ministry of Defense deployed 25 trucks and about 60 soldiers to cordon off the city center. So far there is no sign of farmers in The Hague. A spokesperson for travelers' organization ANWB also told AD that they haven't spotted any tractors on the highway yet.

With the cattle feed measure, Schouten wants to reduce nitrogen emissions so that there is room for construction. Farmers add protein to cattle feed as concentrates, but this also means that the animals emit more nitrogen through their urine and manure. So Schouten will ban doing so from September. This is one of multiple measures that will be taken to reduce nitrogen emissions. Others include lowering the maximum speed limit to 100 kilometers per hour, and the voluntary buying out of pig farmers.

"I am obliged to realize the houses and road construction projects," Schouten said in reply to critical questions about the cattle feed measures in parliament on Thursday night. The SGP and PVV tried to get the measure off the table with different motions, but both failed.

Schouten negotiated with the agriculture sector over the past weeks, looking at farmers' alternative suggestions, but it was to no avail. According to the Minister, the sector's proposals provide insufficient guarantees and there are too many risks associated with implementation. They create too little room for construction.

The VVD and CDA asked Schouten to have the Netherlands' environmental assessment agency PBL look at the farmers' plans and calculate how much nitrogen emission reduction they would result in. If these calculations show that the sector's ideas, maybe in combination with Schouten's measures, achieve the required nitrogen reduction, the Minister's one-sided animal feed plan is unnecessary.

But according to Schouten, there is no time for extra advice and calculations. The farmers proposals should have been ready on July 1. Because the cattle feed measure will take effect on September 1, whether or not parliament supports the VVD and CDA proposal, she said.

The proposal did end up getting majority support.

Agricultural organization LTO Nederland called the feed measure "a downfall" for the Ministry of Agriculture, Nature and Food Quality. The organization is angry that the measure hasn't been scrapped. According to LTO, frustrations and emotions are running hing among dairy farmers. "Due to a lack of political courage and legal tunnel vision, there is still a feed measure that is stirring the sector." LTO is also angry that Schouten said farmers must get ready for this measure to be implemented. "In recent weeks, several alternative proposals have been made from the sector to the Ministry. There have been several conversations that ultimately yielded nothing"