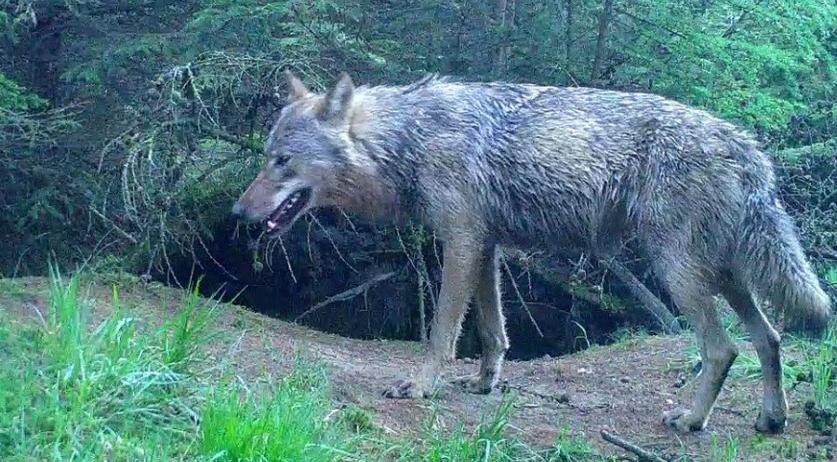 Most Dutch people are enthusiastic about wolves returning to Netherlands

A survey commissioned by the Dutch government showed that despite recent incidents of wolves attacking farm animals, a majority of Dutch people have no problem coexisting with the animals. Some 57 percent said they found it acceptable that wolves settle in the Netherlands, up from 45 percent in 2012, Minister Carola Schouten said in a letter to Parliament this week.

Schouten, the minister in charge of nature and agriculture, said that 65 percent of people think wolves are essentially harmless. "Most Dutch people will therefore not avoid nature reserves with wolves, and an encounter with a wild wolf would be considered a special experience for most Dutch people (77%), and almost half of the Dutch would like to encounter a wolf in the wild," Schouten said.

She also stated that most Dutch people know about wolf behavior, but not what life with the animals mean, and that they wish to learn more about it. Schouten added that it would be important to determine if support was lower in Noord-Brabant because of the recent media coverage of a wolf pilfering sheep there.

Opponents to the wolves totalled 18 percent, and cited danger, nuisance, and a lack of space as reasons for not wanting them in the country. Farmers also said they want to receive some form of compensation, and Schouten noted that the Dutch people are generally in favor of assisting farmers with preventative measures and helping out with damages caused by wolves.

The animals began reappearing in the Netherlands five years ago after an absence of nearly 150 years. Aside from the young wolf attacking sheep in Noord-Brabant, a wolf couple has also taken up residence in the Veluwe, feeding mostly on game animals there.

The study was conducted by Motivaction on behalf of the ministry. Their report gave advice on what should be communicated to the Dutch public, and how, advice which Schouten said she would begin to implement.