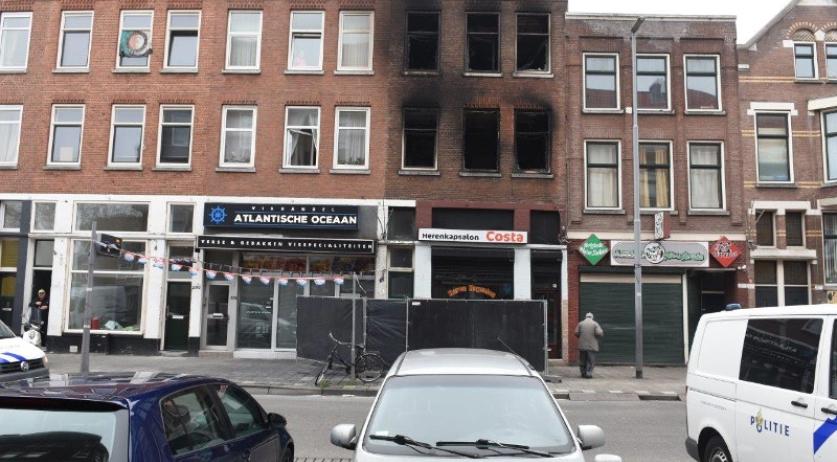 10 years in prison for Rotterdam arson that left one dead

A Dordrecht court handed out a conviction and 10-year prison sentence to a man found guilty of starting a fire in Rotterdam last year which claimed the life of 27-year-old Robert Hendrix. The court agreed with the prosecutor who accused the man of using gasoline to deliberately set his own home on fire last April.

Hendrix, who had been the suspect's neighbor, lived only one floor above in the building, located on Hilledijk in the Feijenoord neighborhood of Rotterdam. He had tried to escape the 2 p.m. blaze by climbing out of a window, but fell. Emergency workers tried to save him, but their efforts were to no avail.

Prosecutors were not able to establish a clear motive behind the fatal fire, the court said. Rotterdam police had first arrested the man, who was 54 at the time, on suspicion of involvement in the incident. He always maintained his innocence, saying that the fire was started by someone else.

The court arrived at the ten-year sentence by accounting not only for the death of the victim, but also the suffering of his family and friends. "In addition, the fire has also endangered the residents of other surrounding buildings," the court said, adding that, "many bystanders were unwittingly spectators of the fire and unwillingly viewed the victim's death."​