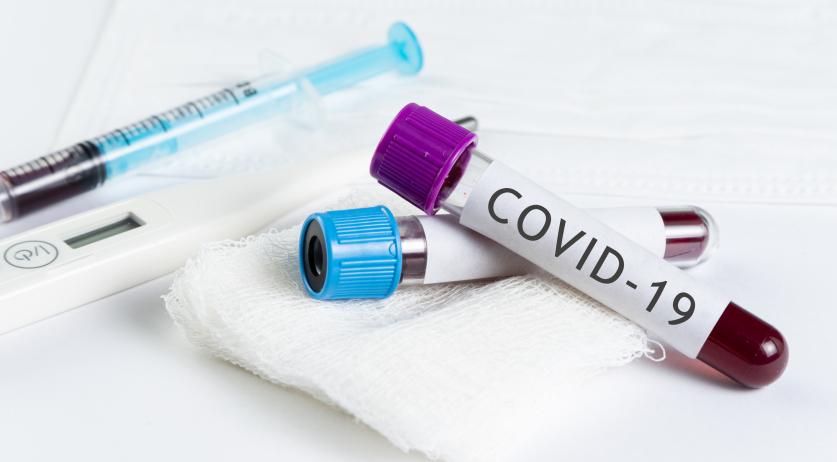 Some 18 more people who tested positive for coronavirus in the Netherlands died since Wednesday, public health agency RIVM said. In total, 76 people who were infected have died ranging in age from 63 to 95 years old.

Another 409 people were also diagnosed as being infected with the virus, which raises the Netherlands total number of positive test cases to 2,460. To date, 489 people have required hospitalization, including at least 177 who were being treated in intensive care on Wednesday.

That number is expected to soar next week, with the nation's ICU departments expecting as many as a thousand Covid-19 patients next week.

The Netherlands has conducted 12,000 tests so far, but for the time being fewer people are being tested than a week ago, a spokesperson for the RIVM told NL Times. “We are mostly testing the most vulnerable people now,” the spokesperson said.

“We are doing a thousand tests per day. We are looking into increasing that capacity, and meetings have been held about that subject, but I do not have an update about that.”

The agency is still not testing family members of infected patients when they demonstrate symptoms. “We assume they have it,” the spokesperson stated.

On Twitter the RIVM said that it has no figures on how many people recovered from a Covid-19 infection. "It is not mandatory to report that someone is healed. Most people have mild symptoms and recover from the infection," the agency said.

After collapsing from exhaustion during a parliamentary debate on Wednesday evening, Medical Care Minister Bruno Bruins is doing better on Thursday, NOS reports. He will stay at home and recover on Thursday and Friday, but is in contact with the government's Covid-19 team - the Ministerial Committee on Crisis Management.

Self-serve wholesalers like Sligro and Makro - usually only open to businesses - will temporarily open their doors to consumers during the coronavirus crisis, sector organization for supermarkets CBL said on Thursday. Opening wholesalers to consumers is part of an emergency package that the food sector presented to Prime Minister Mark Rutte on Wednesday.

Minister Eric Wiebes of Economic Affairs asked supermarkets to set aside time for elderly people to shop for their groceries. As elderly people are a high-risk where the coronavirus is concerned, many are afraid to go to the stores.

Banks ABN Amro, ING, Rabobank, and Triodos​ decided to help their customers through the crisis. They are offering six months of deferred payments to smaller companies with up to 2.5 million euros. And will make a plan for individual customers struggling to pay their mortgage due to te virus.

Leiden University announced that it will only give online classes for the rest of this academic year. Online classes start Monday, and this decision affects all courses and subjects. "No decision has yet been taken on practicals," the university said to students, according to NOS. "We were investigating whether distance education is a viable replacement or whether practicals can be caught up later in the program, for example." Dutch universities closed on Friday after the government tightened measures to curb the spread of Covid-19.

The coronavirus also resulted in the Eurovision Song Contest being canceled. This cancellation will cost the municipality of Rotterdam up to 6.7 million euros, according to a letter mayor Ahmed Aboutaleb sent to the city council on Thursday. "We are going to talk to third parties, such as insurers, to see whether part of the costs incurred can be recovered," the mayor said, NU.nl reports.

Many thousands of Dutch are stuck abroad as more borders close and flights are canceled. KLM estimates that some 250 thousand of its passengers are waiting for a flight back to the Netherlands. Travel agencies' association ANVR says about 200 thousand of its customers are stuck abroad. According to the Volkskrant, 121 Dutch are also stuck on cruise ship Costa Luminosa, currently underway from Tenerife to Marseilles. Three of the people on board tested positive for Covid-19. It is unclear whether the passengers will be allowed to disembark in France, as the country is on lockdown.