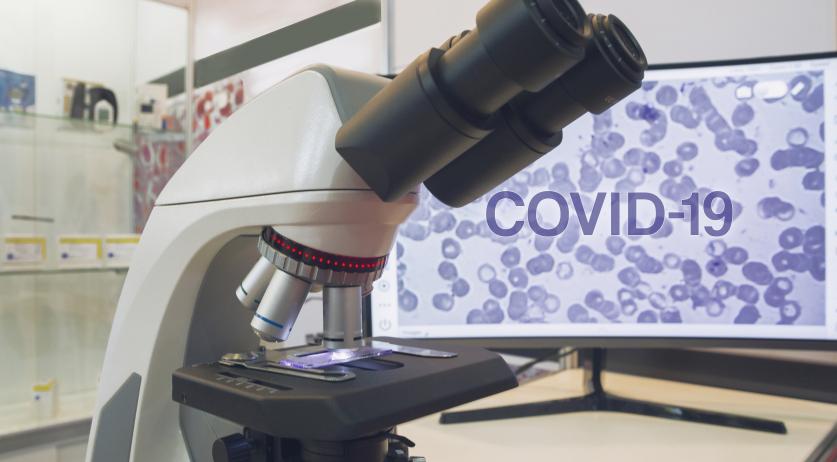 The partner and youngest child of an Amsterdam woman who tested positive for coronavirus also carry the Covid-19 viral strain, health authority RIVM said in a statement on Saturday. They are the third and fourth patients to test positive in the Netherlands.

The two new positive cases, both males, were kept in quarantine with the woman at a home in Diemen even before the positive result was determined. They will remain there unless their conditions deteriorate, presumably for the next two weeks which the agency had said was the current protocol.

The woman's partner and three children were tested on Friday, and the youngest required a second test due to an inconclusive preliminary result. He was one of her two children to show low-level symptoms prior to the screening, and a had been in a daycare facility in Amsterdam-Zuidoost which announced it would remain closed for the next two weeks as a precaution.

All of the other people the woman directly contacted tested negative. She had recently returned from a trip to the Lombardy province in northern Italy, where hundreds of people have been diagnosed with the virus. Her partner was in Italy with her, the RIVM said.

"The contacts of the first patient should monitor their health for the next 13 days. If they get complaints that are compatible with COVID-19 (fever and respiratory complaints), they will also be tested."

The RIVM and public health service GGD Amsterdam began mapping the direct contacts of the new patients to determine how best to contain the spread of the virus.

Her young son's daycare center took the sudden measure of voluntarily closing for two weeks after the woman's positive test result was reported on Friday. "Her son was also a bit ill here on Thursday at the daycare center," a spokesperson for CompaNanny said to the Telegraaf, referring to their Atlas Arena location in Zuidoost. No other children at the facility were symptomatic when the company made the decision, broadcaster NOS reported. Despite the burden placed on parents' shoulders to line up last-minute care for their children, the spokesperson said his organization was not willing to take any risks in this scenario.

"The affected woman has mild symptoms. She is currently being quarantined in a house in Diemen because her home in Amsterdam is being renovated," the city of Amsterdam said in a statement Friday evening. Investigators were working to track down and map everyone the woman made contact with since her return to the Netherlands. Results from the investigation were expected Saturday.

"Currently, no further measures in the Diemen and Amsterdam municipalities are being considered."

She arrived back from Italy on Feb. 23 and had been volunteering at her child's Laterna Magica primary school on Amsterdam Ijburg as late as Wednesday inspecting students for lice, Amsterdam mayor Femke Halsema said. Parents at the school were asked to be very alert and monitor their children for fever, coughing, shortness of breath, and other respiratory ailments.

Another of her three children was symptomatic but as he had not tested positive for the illness the name of his school was not revealed.

The woman works for the Amsterdam University Medical Center in Amsterdam-Zuidoost. Her job did not require her to have contact with patients at the hospital. She was diagnosed with the infection there and immediately sent home since her symptoms did not require hospitalization.

The risk of a spreading infection in the Amsterdam region was still believed to be relatively low. The Amsterdam UMC remained open and continued treating patients after their staffer was sent home, and neither Amsterdam nor Diemen ordered the cancellation of events out of concern for coronavirus.

"There is no reason for unrest," Halsema said on Friday. "Amsterdammers do not need to restrict themselves and their actions."

The mother was the second person to be diagnosed with coronavirus in the Netherlands, after a man from Loon op Zand with whom she has had no contact. He too traveled last week to the Lombardy region of northern Italy. He was said to be doing well, and has been undergoing treatment at a hospital in Tilburg since Wednesday.

Up to 45 others were tested around the country since Wednesday, and though one prominent virologist stressed there is no need to panic, another microbiologist was critical the country was acting reactively and not proactively.

Some events in southeastern Limburg were unlikely to go forward because of the widening quarantine just across the border in Germany.

Those in the Netherlands were advised by the RIVM to contact their doctos if they have a combination of fever and respiratory ailments, and if they have either been in contact with a coronavirus patient or traveled in the past two weeks to an area hard hit by the virus. Those places include China, Hong Kong, Iran, Macau, Singapore and South Korea, and the Italian provinces of Emiglia Romangna, Lombardy, Piedmont, and Veneto.

Otherwise, the health advice was still to practice good hygiene by frequently washing hands with soap and water, sneezing and coughing into an elbow instead of using hands, turning away from others when sneezing or coughing, and using disposable tissues.