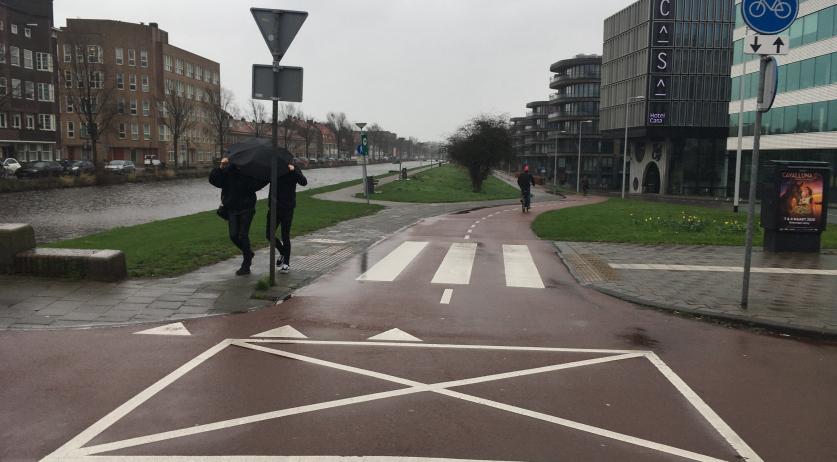 The Netherlands was placed on a Code Yellow weather alert due to high winds brought by winter storm Dennis. The Code Yellow warning took effect overnight along the northern coast, and covered the whole country from 8 a.m. on Sunday.

Gusts of wind on the northern Wadden Islands peaked at 120 kilometers per hour overnight, according to NU.nl. Sustained winds at that speed would equate to a low-level Category 1 hurricane. Winds were likely to gust up to 100 kilometers per hour along most of the Dutch coast, and about 90 km/h inland.

It is expected to last through the middle of the afternoon in the northwestern Netherlands, and could have a duration through 10 p.m. in the southern and southeastern provinces. The rest of the country will see the storm warning expire between 6 p.m. and 8 p.m., according to meteorological agency KNMI.

Though the winds will decrease, strong gusts are still likely overnight and into Monday. The storm could bring thunderstorms first in the western part of the Netherlands in the afternoon, with the foul weather headed from west to east. Hail is possible, and gusts could hit 75 kilometers per hour. The midday temperature is likely to be between seven and ten degrees.

Dennis was likely to remain less turbulent than storm Ciara, which fiercely struck the Netherlands last week. The effects of Ciara lingered for several days, causing well over 150 million euros in damages. Though the Netherlands had advanced warning of the storm, it was reportedly stronger than expected.

At Schiphol Airport, airlines cancelled six outgoing and six inbound flights. Another 35 flights faced delays ranging from a few minutes to a few hours, with most of the affected flights scheduled for the morning, according to the airport's website. There were no cancellations and only a handful of delays at the airport in Eindhoven by 9 a.m., and operations were mostly normal at Rotterdam The Hague Airport, and the airports in Groningen and Maastricht, according to their websites.

Travel association ANWB warned of "heavy gusts of wind occurring along the coast," in a message to their driving members. "It is wise to keep a bit more distance during strong winds and to adjust speed in order to better anticipate unexpected situations or obstacles on the road. Be careful especially on bridges, dikes and open plains."

There were no major traffic jams reported at 9 a.m. on Sunday

Damage to overhead electric cables was affecting train service on the international route between Maastricht, Heerlen, and Aachen, Germany. The problems were expected to continue throughout the morning, with a temporary bus route established to help relieve passenger problems. A defective train was also affecting rail service between Lelystad and Zwolle on Sunday morning.