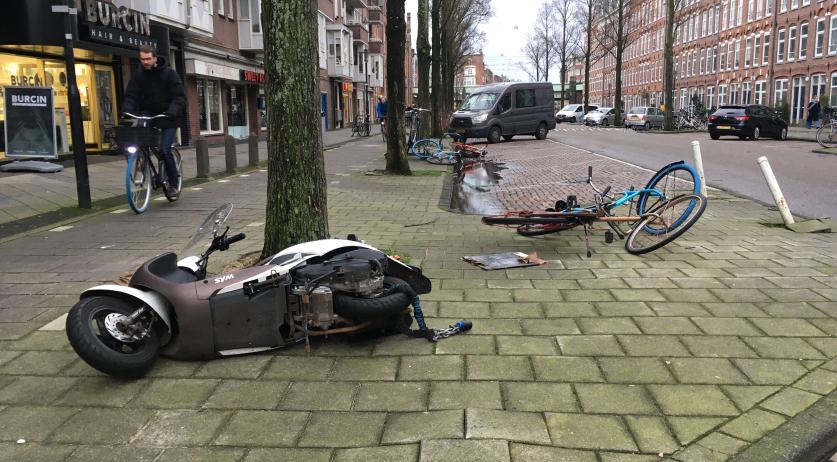 Another winter storm, “Dennis”, could hit Netherlands on Sunday

With winter storm Ciara just behind us, and strong winds still blowing along the coast, the next storm is already on the horizon. This coming weekend will again be very windy, according to Buienradar. "There is a big chance of very strong gusts on Sunday. We may have to deal with storm Dennis," meteorologist Maurice Middendorp said to RTL Nieuws.

The coming days will be gray, wet and windy, Middendorp said. "Wintry showers can occur today with hail and wet snow." Strong winds are blowing along the coast - meteorological institute KNMI issued a code yellow warning. Inland will also be windy, if not so much as the coastal provinces. "That will certainly continue until tomorrow, then it will be a bit quieter."

Wednesday and Thursday are also expected to be windy with regular showers. Only during the early hours of Friday morning, will the wind drop somewhat. "The temperature will rise slightly towards the weekend, to 13 degrees inland and even 15 degrees in the east, but there will be some showers, so it won't be really nice weather," Middendorp said.

The respite is expected to be short lived. "Coming Sunday it will blow again. There is even a chance that we will get another storm with a name, storm Dennis."