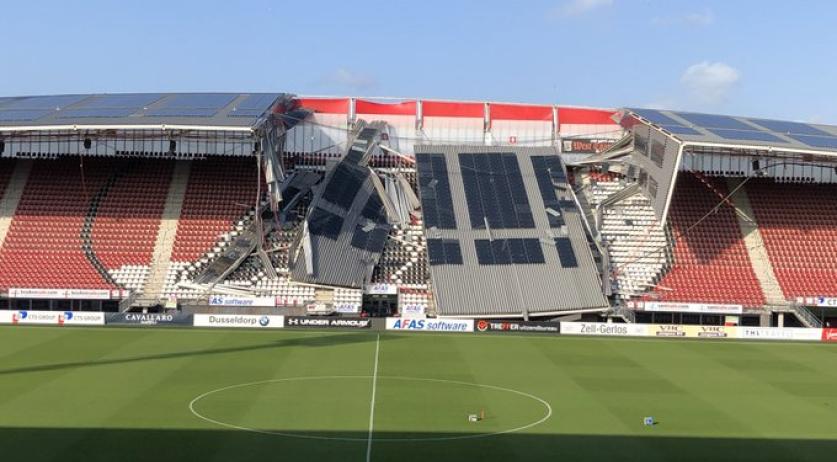 An impending winter storm on Sunday prompted Dutch football association KNVB to suspend all matches that day. Four matches in the top level Eredivisie will be rescheduled, as well as the country's full slate of amateur football matches, the KNVB said on Saturday.

The Eredivisie matches include FC Utrecht vs. Ajax, AZ vs. Feyenoord, Sparta Rotterdam vs. ADO Den Haag, and FC Emmen vs. FC Twente.

Winter storm Ciara is expected to batter the Netherlands with high winds on Sunday, with national meteorological agency KNMI having issued a series of national weather alerts. Wind gusts are likely to reach up to 120 kilometers per hour.

The football association consulted with the clubs, relevant municipalities, and police, and "it was concluded that the safety of the fans and players cannot be guaranteed due to the expected weather conditions," the KNVB said in a statement. "Because it is irresponsible to play football in those weather conditions, and to have players and fans arrive at and depart from the stadiums and sports complexes, it has been decided to remove the games from the program."

Both Ajax and AZ are still in the Europa League and the KNVB Cup, while Feyenoord and FC Utrecht are still playing in the latter, as well. The KNVB said it could be a difficult puzzle to determine when Sunday's postponed matches will be rescheduled.