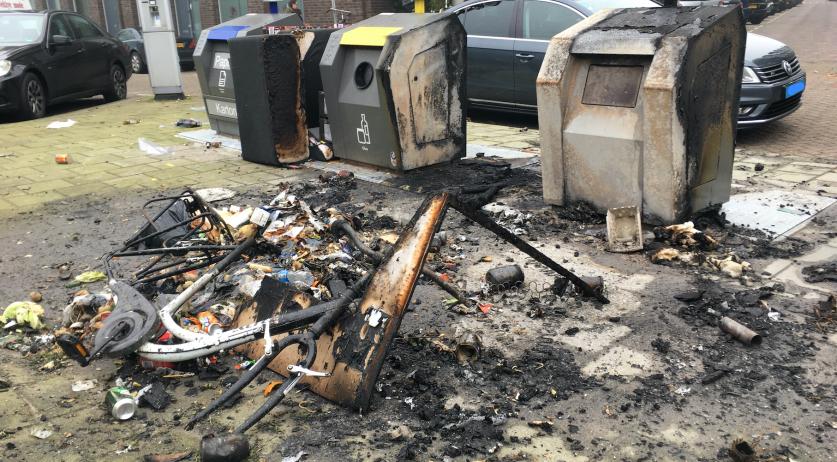 Damage to private property caused this past New Year's Eve in the Netherlands is expected to reach roughly 15 million euros, but the estimated value is expected rise higher when the extend of damage to commercial property is included. The cost estimate from the Dutch Association of Insurers, which does not include medical expenses due to fireworks-related injuries, is similar to figures released a year ago.

This year insurers needed the assistance of a nonprofit salvage agency to deal with 55 different fireworks damage claims, an increase of over 50 percent from last year. The salvage volunteers responded to 115 different private property damage claims, including 109 fires. Twelve of the fire alarms were classified as "large" or "very large".

The majority of damage most years is caused by illegal fireworks and vandalism, the insurance association said. A ban on legal consumer fireworks will have little impact on reducing future damage claims if illegal fireworks continue to be brought into the Netherlands, they said.

"We have to take another look at what we actually consider to be safe fireworks, and keep the tackling of illegal fireworks a top priority," said Dutch Association of Insurers general manager Richard Weurding. Authorities seized 56,525 kilograms of illegal fireworks during 2018, and thousands more in 2019.

Though the claims were spread across the country, the most were in Zuid-Holland. The province was also responsible for the largest number of incidents where the fire department was dispatched over the New Year's holiday period.

"Unfortunately, there were a number of major fires during New Year's , for example a company fire in Zoetermeer, a windmill in Bovenkarspel and an old school building in IJsselstein," Weurding said. "However, it is still too early to estimate the damage caused by such fires."