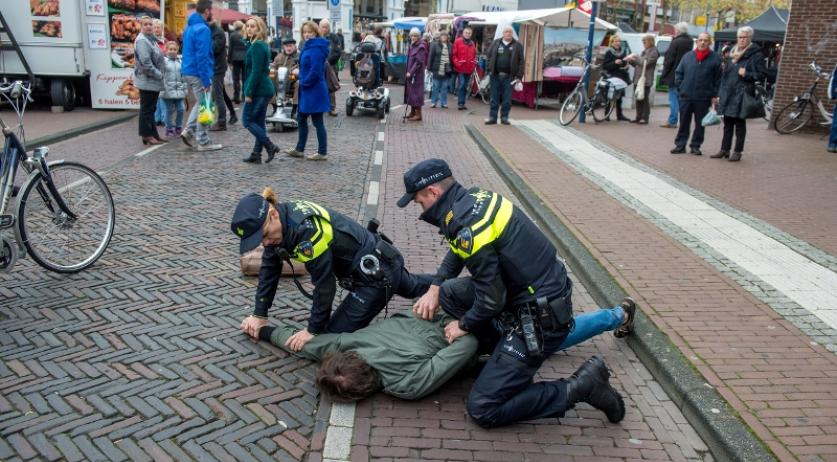 For the third night in a row, the Duindorp neighborhood of The Hague was restless. Some 13 people were arrested for throwing stones, public violence and insult, a police spokesperson said to NU.nl. Footage on social media shows fireworks exploding near riot police officers. Calm returned around midnight.

More is being revealed about the suspects arrested in the neighborhood on Sunday. The Hague mayor Johan Remkes revealed that a number of those arrested were minors. The youngest was a 9-year-old, who was caught with a Molotov cocktail. The suspects were rerelease again after questioning. They are looking at charges of public violence and vandalism.

Remkes called on police and emergency services to "work in close consultation", in order to "deal with lawlessness in The Hague".

The police estimate that a group of about 50 people are responsible for the unrest in Duindorp, according to NOS. Locals told the broadcaster that it mainly involves teenagers.

The attitude in Duindorp towards the municipality now is that "those who don't want to listen must feel", local residents said to the broadcaster. "It will be the same cat and mouse game with the riot police that you saw in the 80s and 90s, before the bonfires", one local said. "The difference with the past is that the police nowadays have cameras in the neighborhood, so they can identify the instigators faster. The community police officers also know exactly who it is. On the other hand, the rioters now have WhatsApp groups, so they can organize things much better than before."

Last week Thursday, various parties in the city council of The Hague warned Remkes that a New Year's without bonfires may turn out to be more risky than one with bonfires. But the acting VVD mayor did not want to hear it. "The municipality may not give way to blackmail in any way", he said.