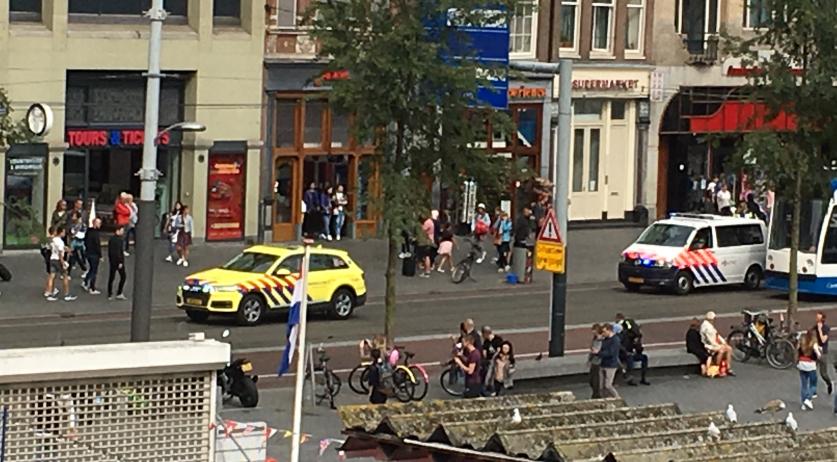 Jawed S., a 20-year-old man who stabbed two American tourists at Amsterdam Central Station last year, was sentenced to 26 years in prison by the court in Amsterdam on Monday. He was convicted to two counts of attempted murder with terrorist intent, and three counts of threatening a police officer, NOS reports. The sentence is one year higher than what the Public Prosecutor demanded.

The court also ordered S., a man from Afghanistan who applied for asylum in Germany, to pay over 2 million euros in damages to his victims.

On August 31st last year, S. stabbed two American tourists in Amsterdam Central Station, attacking them from behind. One was stabbed in the back. He sustained a spinal cord injury and is now confined to a wheel chair. The other was stabbed in the arm and torso and only barely survived the attack, after undergoing emergency surgery. He sustained severe nerve damage to his arm.

A police officer noticed S. shortly before the attack and called in backup. He and two colleagues overpowered S. within seconds after he started stabbing people. One officer shot him in the lower body to incapacitate him. One of the three police officers involved in arresting S. now suffers from post traumatic stress disorder, he said in a statement read during the trial. "The image of the two victims being stabbed is burned into my mind. I unwittingly I look back on the images. I do not have control over the incident, the incident has control over me", the police officer said in his statement.

After his arrest, S. quickly confessed to the attack. He told the court that he came to the Netherlands to "kill unfair and cruel people" and that his only mistake was that he did not stab people who were from the Netherlands. In previous statements to the police, S. said that he was angry with PVV leader Geert Wilders for insulting Islam by arranging a prophet-Mohammed cartoon contest, and angry at the Netherlands for not stopping him.

Experts from the Pieter Baan Center, where S. was sent for psychological examination, could not get a clear picture of S.'s mental health. "He kept repeating certain topics", the experts said. They also could not get contact with the man's family and colleagues. "We suspect he has psychiatric issues, but can make no conclusions", the experts said. The experts spoke of "clear, strong Islamic radicalization", but could not determine whether S. has an actual mental disorder.

"I sometimes found the conversations scary" a Pieter Baan Center expert said in the court. "No normal communication. He kept repeating the same things, the same sentences. That is not normal. A certain rigidity."