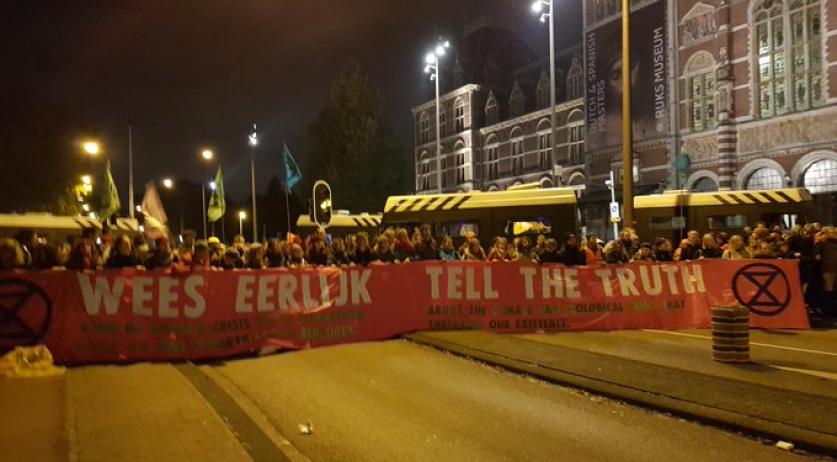 Hundreds of environmental activists are demonstrating for more measures against climate change in Amsterdam on Monday morning. Action group Extinction Rebellion is blocking access to the Stadhouderskade at the Rijksmuseum, NOS reports.

The municipality of Amsterdam banned the blockade fo the important thoroughfare, saying that the activists can demonstrate on the Museumplein behind the Rijksmuseum because the protest would cause less inconvenience there. But Extinction Rebellion decided to ignore this. "We use civil disobedience to force the government to do something about the climate", a spokesperson said to the broadcaster.

The police are at the scene with riot vans. Using loud speakers, they called on the activists to move their protest to the Museumplein. But so far the activists have not responded. Traffic will be diverted around Stadhouderskade.

This climate protest is part of an international campaign. Extinction Rebellion activists are also taking to the streets in Berlin and Paris, among other places.

Are we gonna fight for it? Yes! Are we gonna get it? Yes! #ClimateJustice #RebelWithoutBorders #ExtinctionRebellion Amsterdam rocks. #RebelForLife #ClimateCrisis pic.twitter.com/uZRn2FQfId