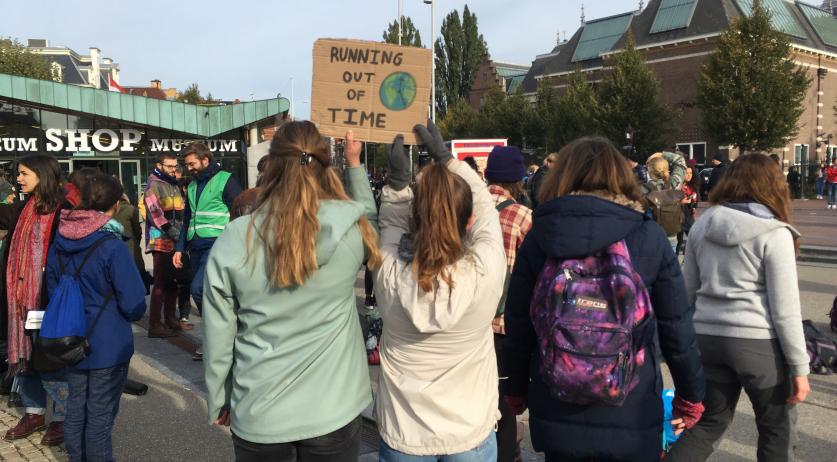 Around 50 protesters were arrested at a climate blockade on Stadshouderskade near the Rijksmuseum on Monday, the Amsterdam police confirmed to NOS at around 10:15 a.m. The protest for more action to be taken against climate change by action group Extinction Rebellion is still ongoing. The atmosphere is friendly, despite the arrests, three of the protesters said to NL Times.

Hundreds of Extinction Rebellion protesters gathered on Stadhouderskade early on Monday morning. Protesters Tessa and Maud showed up for the protest at around 5:00 a.m. Emma joined them after getting separated from her group, and was also at the demonstration in the early hours of the morning.

By 6:00 a.m. the police gave the first warning for the protesters to leave Stadhouderskade and go to the designated protest-area on the Museumplein, on the other side of the Rijksmuseum. The same warnings were repeated more emphatically at around 8:30 a.m. and 9:30 a.m. At around 11:00 a.m. between 50 and 100 protesters gave heed to the police warnings and moved to the Museumplein. The rest remained where they were.

"People started separating away from the barricades and shouting, and they were the first to be arrested", Tessa, a 20-year-old studying Environmental Science at Wageningen University, said to NL Times. Throughout the warnings and the arrests, the police were professional and not aggressive, the three protesters agreed.

Reporter Mattijs van de Wiel told NOS that the arrests happened without any form of violence. "The demonstrators went to lie on the ground, hooking into each other. Police officers approached them one by one and said: 'I will arrest you, or will you leave by yourself?' It's all happening according to the polder-model."

The protesters are blocking access to the important Amsterdam thoroughfare as part of a global demonstration action to force governments to be more proactive in the fight against global warming. They plan to stay there all week, according to NOS.

"I'm out here because governments are just not believing that something needs to be done and they have made commitments but aren't following through", Tessa said to NL Times.

Maud, also an Environmental Science student at Wageningen University, chose her study direction because she's "always been interested in how we treat the planet and humans' impact on the planet", the 19-year-old student said. "We could do better. Definitely. And we have to do better."

"I agree with what is going on and I completely support the message", Emma, a 28-year-old British woman now living in the Netherlands, said to NL Times about the call for more action. "[Governments] talk about bringing climate change down but they aren't doing enough to reduce emissions quick enough." She added: "I like the fact that it's nonviolent, direct action."

Similar protests are also happening in other cities around the world. In Berlin a thousand Extinction Rebellion protesters occupied a major traffic junction. In Paris they occupied a shopping center. There are also actions in New Zealand, Australia and London, among others. 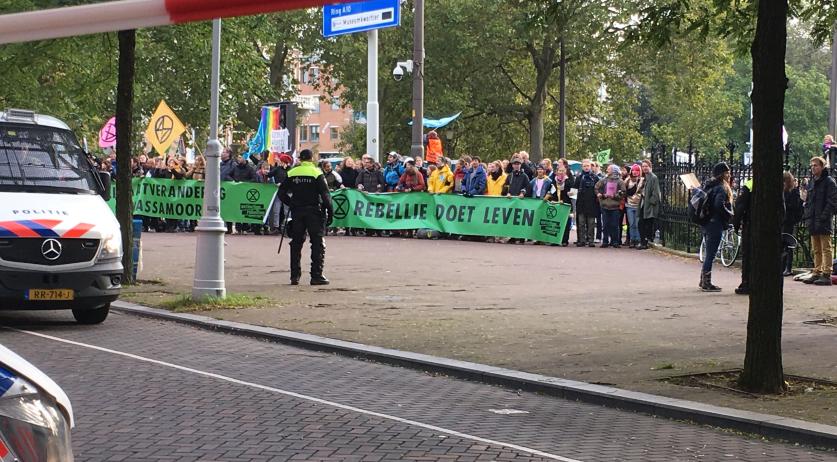 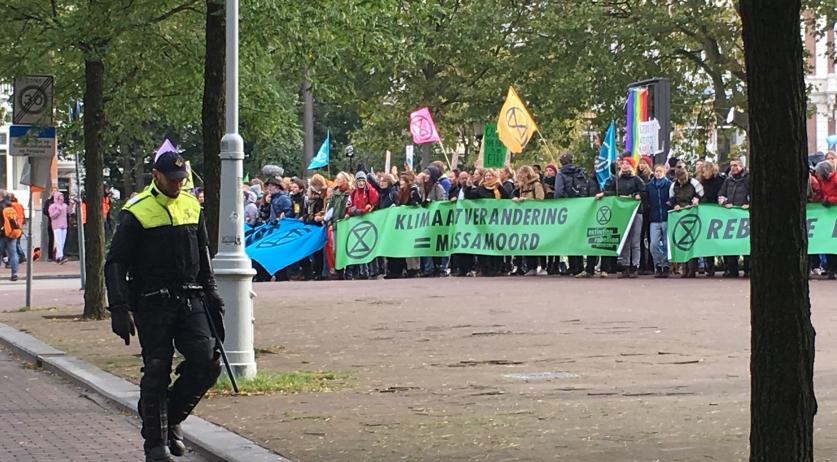 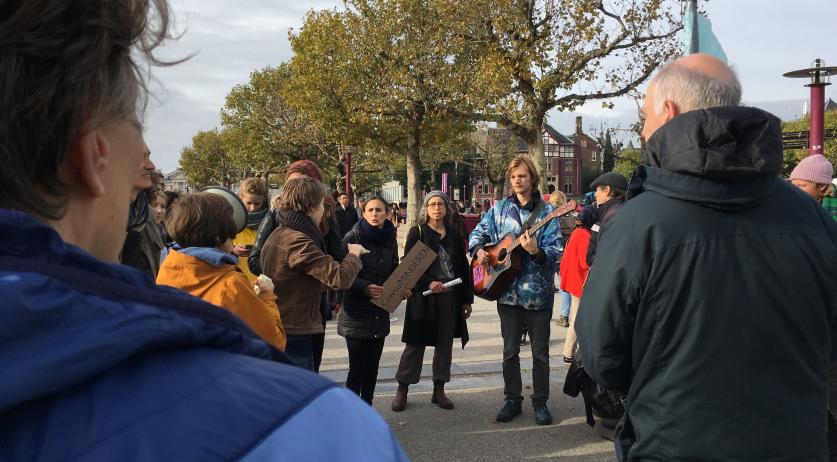