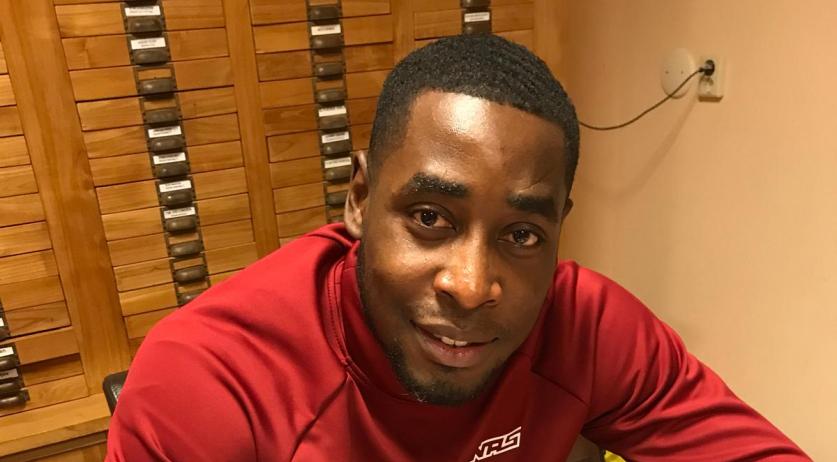 A man who was shot and killed in Amsterdam Zuidoost on Wednesday night was identified as 32-year-old former football player Kelvin Maynard, the police confirmed on Thursday morning.

Two people on a two-wheel vehicle open fired on Maynard as he was driving his car on Langbroekdfreef at around 8:30 p.m. on Wednesday. The car came to a stop against a nearby fire station. Firefighters immediately started resuscitating the former footballer, while other emergency services responded. But he succumbed to his injuries a short time later.

The suspects fled the scene. They were dressed in black clothing and driving a black two-wheel vehicle, according to the police. The police are investigating and call on witnesses to come forward.

Maynard was born in Paramaribo, Suriname, and developed as a young footballer with Zeeburgia in Amsterdam before transferring to FC Volendam where he eventually turned pro. He spent the bulk of his professional career there, playing from 2006 through 2010. His second season there helped the team to a surprisingly strong finish that landed Volendam in the Eredivisie for the first time in years.

In later seasons he played with FC Emmen and Royal Antwerp. The defenseman also had stints with Portuguese side SC Olhanese, Kecskemeti TE in Hungary, Burton Albion in the UK, and SV Spakenburg. Earlier this year he joined Alphense Boys after playing with semi-pro team Quick Boys in Katwijk.

In 159 matches as a professional, the right back scored seven times.

Maynard's murder is the latest in a string of violent incidents in Amsterdam Zuidoost over the past months. Late in July, known criminal Inchomar Balentien was gunned down near the Kraaiennest subway station. On August 8th, a 28-year-old man was killed in a shooting on Hogevecht. Over the weekend between August 9th and 12th, there were four shootings in which one man was injured, a violent incident, and a hand grenade left in front of a home.

Early in September, 23-year-old Genciel Feller from Amsterdam Zuidoost was shot and killed in Willemstad on Curacao. According to Het Parool, there are rumors in the Amsterdam criminal underworld that Feller and others from Amsterdam Zuidoost stole hundreds of kilograms of cocaine from a criminal for whom they had to store the drugs. Feller suddenly had a lot of money to spend, according to the rumors. Locals fear that this will prompt more violence in the district.

Amsterdam police chief Frank Paauw recently raised concerns about young people walking around armed in Amsterdam Zuidoost. During a debate on the increasing violence in this neighborhood, Amsterdam mayor Femke Halsema said that more than conventional measures will be needed to address this issue. She therefore wants to focus the city's approach on police investigations and strengthening the district, so that local residents can help suppress violence themselves.

Maynard was also the second person to be shot and killed in Amsterdam on Wednesday. Defense attorney Derk Wiersum was gunned down in front of his home in Amsterdam Zuid on Wednesday morning.

💛🖤 Everyone at Burton Albion Football Club is saddened this morning to learn about the death of our former player Kelvin...

Posted by My Pride My Passion My Brewers on Thursday, September 19, 2019