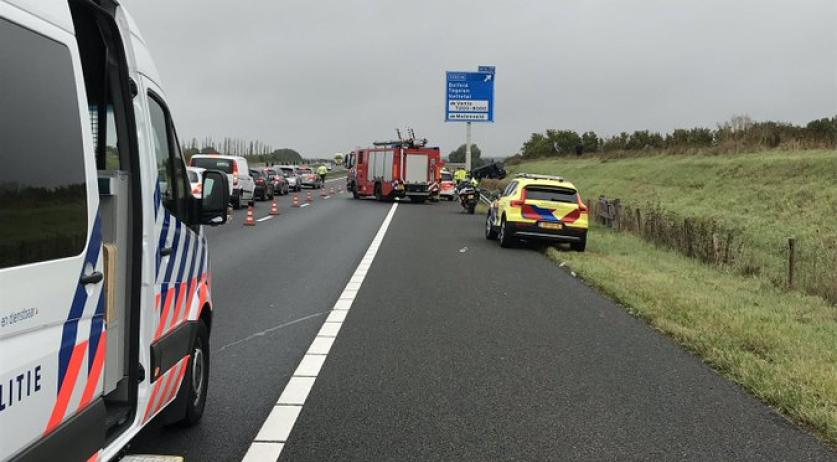 Two people were killed and three others were hurt Friday morning when a van collided with a signpost along the A73 highway. No other vehicles were involved in the rush hour crash which took place at 8:10 a.m., according to local media outlet 1Limburg.

Authorities are trying to figure out how the vehicle ended up on the outside of the guardrail that borders the highway’s shoulder. There, the vehicle collided with the structure announcing the approaching exit for Belfeld, Tegelen, Nettetal, and parts of Venlo.

The Poldersweg runs parallel along the eastern edge of the A73, sitting just above the highway at the height of a hill.

Northbound lanes were shut down during the accident investigation, with one lane re-openening close to 9:30 a.m. Traffic in the area was still heavy in hour later. The full roadway is expected to be reopened by 11 a.m., according to travelers' association ANWB.