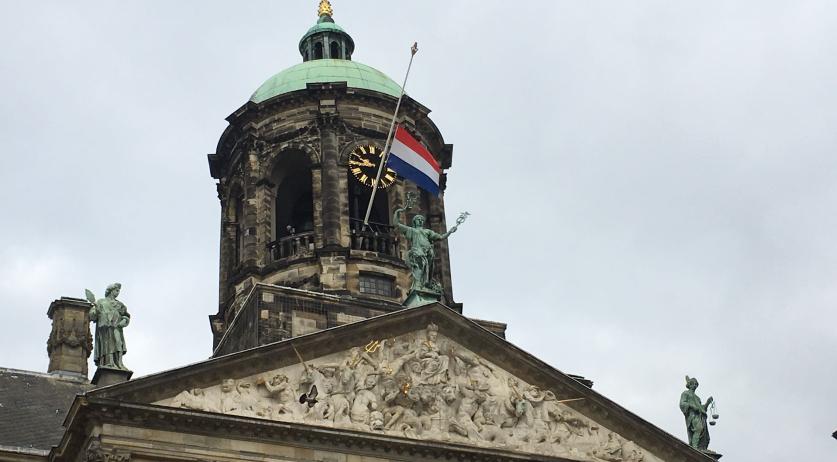 King Willem-Alexander and Queen Maxima expressed their shock about a shooting in Utrecht that left three people killed and five injured on Monday. Their sympathies are with the victims, and their thoughts with the residents of Utrecht, they said in a statement on the Koninklijk Huis website. A number of world leaders also expressed condolences and support.

"We are deeply saddened that three people died in an attack in Utrecht and others were seriously injured. We sympathize intensely with the victims and their families. Violent acts such as these are completely unacceptable. Let us stand united and stand together for a society in which people can feel safe and in which freedom and tolerance prevail", the Royal couple said. "We would like to thank all the care providers who are currently working for those affected. In our thoughts we are with the residents of Utrecht."

A man opened fire on a tram on 24 Oktoberplein in Utrecht at around 10:45 a.m. on Monday. Three people were killed, including Rinke Terpstra, a coach at football association DESTO in Leisdche Rijn, and Roos Verschuur, a 19-year-old employee of the Kwalitaria snackbar in Vianen. Five people were injured, three of whom seriously. Suspected gunman, 37-year-old Gokmen T., was arrested on Monday evening after a long manhunt. Two other suspects are also in custody. The Dutch authorities are currently investigating the motive for the shooting, specifically looking into whether this was a terrorist attack.

Turkey expressed condolences to the relatives of the victims killed or injured in the shooting. "We wish the next of kin strength and the wounded a speedy recovery", Turkey said in a message from the Ministry of Foreign Affairs, the Telegraaf reports. The Turkish intelligence service is also investigating whether the shooting was connected to terrorism, president Recep Tayyip Erdogan said, according to the newspaper. Gokmen T. was born in Turkey. According to Turkish media, family members of the suspect believe that "personal motives" played a role, not terrorism. T.'s neighbors said the same thing to the Volkskrant.

"America stands with you", US Foreign Minister Mike Pompeo said at a meeting in Kansas, which Dutch Foreign Trade Minister Sigrid Kaag is also attending. Pompeo called the shooting a "tragic incident", according to the Telegraaf. "We will help you in all possible ways in these tragic times."

French president Emmanuel Macron expressed his condolences to the victims and their families on Twitter. "My thoughts are with the families of the victims, and we are with you in mourning and determined to fight those who sow fear and terror."

German Chancellor Angela Merkel expressed support. Merkel's spokesperson said that she is "thinking about the people in Utrecht with care and in solidarity during these hours", according to the newspaper.