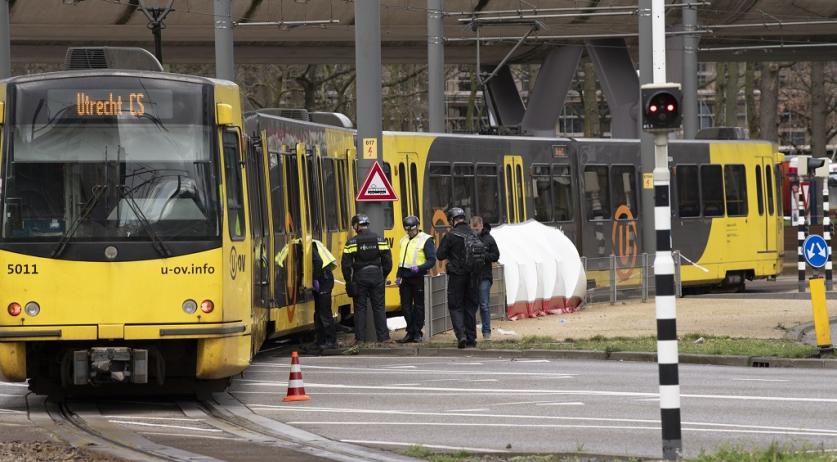 Country "startled" by attack says Dutch PM; Juncker: "EU stands side by side" with NL

"Our country was startled today by an attack in Utrecht," Dutch Prime Minister Mark Rutte said at the beginning of a hastily arranged press conference on Monday afternoon. He was addressing journalists following a shooting inside a tram on the 24 Oktoberplein in Utrecht on Monday morning.

"Now it is certain that the passengers on a tram were shot. There were injuries and possibly fatalities," he said. "Our thoughts are with the victims whose lives have been turned upside down."

The Prime Minister revealed few new details at the press conference, and he did not take any questions from reporters. He continued to express the official position that the incident might have been a terrorist attack, but that the investigation was too early to say.

Rutte did say that he thought innocent people were being targeted essentially at random.

EU Commission president Jean-Claude Juncker said he discussed the Utrecht situation with the Dutch PM. "The EU stands side by side with the Netherlands and its people during these difficult times. My thoughts are with the wounded and their families," Juncker stated on Twitter.

I have just spoken with @markrutte to get an update of the situation in #Utrecht. The #EU stands side by side with the #Netherlands and its people during these difficult times. My thoughts are with the wounded and their families.