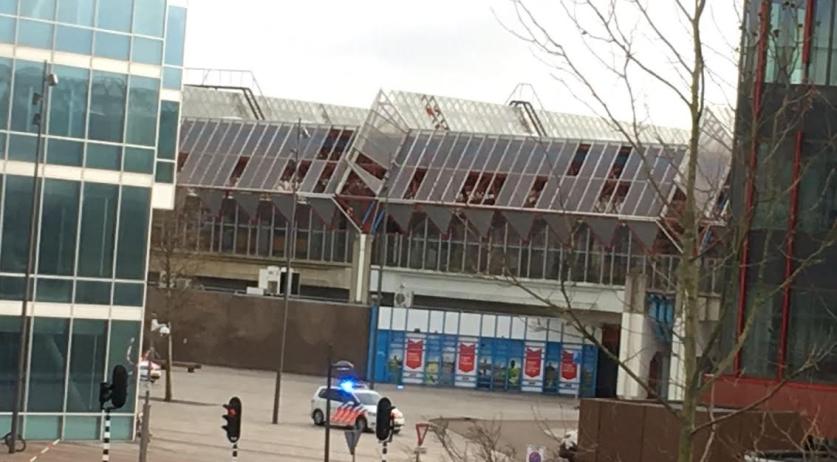 This prognosis does not include damage to government buildings and companies, so the actual damage may still be much higher.

According to the VvV, the fact that this was the second large storm to hit the Netherlands in a matter of weeks - the first on January 3rd caused around 10 million euros of damage - contributed to the high damage amount. "A second storm shortly after a first often causes extra damage as a result of loose roof tiles and already damaged trees", the association said. The wet weather of the past few weeks also resulted in trees uprooting more easily.

The VvV added that the government and meteorological institute KNMI's timely warnings that this would be a very strong storm played a large part in limiting the damage.

Foundation Salvage, which provides first aid for damage caused by severe weather on behalf of the insurers, took action 63 times on Thursday. Here and there the wind ripped complete roofs of buildings. Other damage was caused by fallen trees and flying roof tiles or branches.

The storm was accompanied by gusts of wind reaching 140 kilometers per hour. Almere city center had to be evacuated due to flying debris. Part of Schiphol, the University of Amsterdam's Science Center and a number of train stations were also evacuated due to storm damage. Three people were killed and a number of others were injured in various accidents. A video was posted on YouTube showing people blown over by the winds in Den Bosch.

​This is the third largest storm in the Netherlands this century, according to the insurers. First and second place go to storms in January 2007 and October 2013, when 175 million euros and 115 million euros of damage was done respectively.