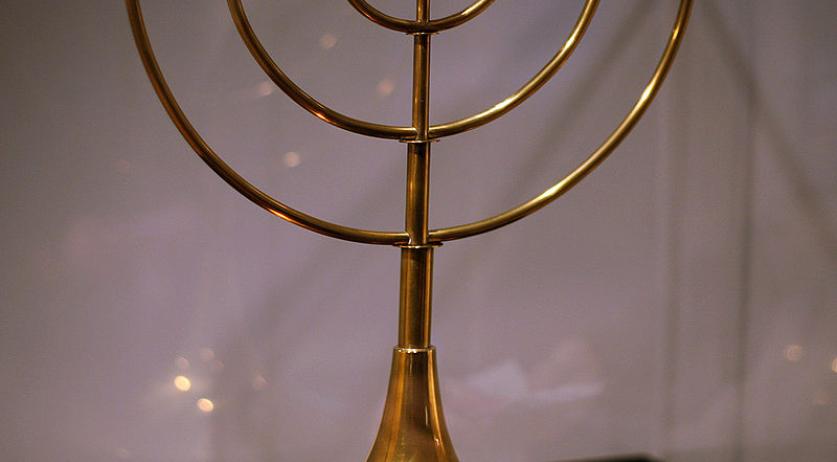 Minister Ferdinand Grapperhaus of Justice and Security, Deputy Prime Minister Carola Schouten and acting Amsterdam mayor Jozias van Aartsen attended a Hanukkah celebration on Scheldeplein in Amsterdam's Rivierenbuurt on Sunday evening. They did so to show support for the Jewish community following an attack on a kosher restaurant in the city by a Palestinian asylum seeker early this month.

The officials' message at the celebration was that the government stands behind the Jewish community, AD reports. Van Aartsen said to the Hanukkah celebrators that safety is essential. "You can count on us. Also on me and the Ministers who are here", the mayor said. "We can never accept intolerance", Schouten said.

Grapperhaus called the incident at the Ha Carmel restaurant on Amstelveenseweg a 'huge shock', according to the newspaper. "It is up to the judge, but it is unacceptable if there is anti-Semitism in our society", he said. He would not call the attack an act of terrorism. "I can not qualify that, because that is really up to the judge. I do not want to hinder the process. At the same time I say: we do not give anti-Semitic violence an inch. My entire cabinet does not. If it turns out that, in the year 2017, this was a terrorist act, adequate action will be taken."

The Justice Minister also addressed the Jewish community's shock about the Palestinian man being allowed to await his trial in freedom. "That is also part of the legal process", he said. "I ask the patience of the people to await that."

During the traditional Hanukkah celebration on Scheldeplein, the Jewish community expressed its gratitude for the Amsterdam police and Koninklijke Marechaussee's help in safeguarding them. Jewish young people presented Amsterdam police chief Pieter-Jaap Aalbersberg and Koninklijke Marechaussee lieutenant Harry van den Brink each with a crystal menorah. "The forces of both organizations ensure that we feel safe at gatherings like this, in our buildings and like Sunday evening in the public space on the Scheldeplein", Rabbi Yanki Jacobs of Jewish students organization Chabad on Campus said in a press release.