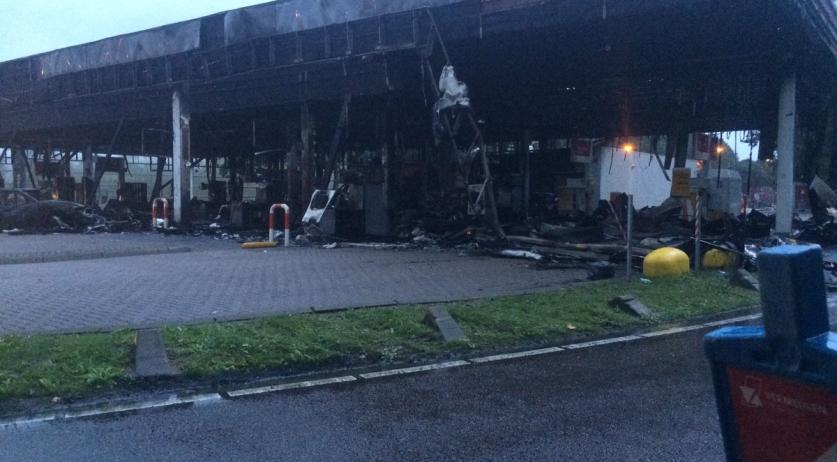 The court in The Hague sentenced Daniel C. to six years in prisonfor crashing his car into a gas station in Gouda in September last year. The court found C. guilty of arson, attempted manslauhter, destruction and driving under the influence. He was not given any institutionalized psychiatric treatment, because he refused to cooperate with an examination, ANP reports.

The sentence is equal to what the Public Prosecutor demanded.

The 34-year-old man wanted to commit suicide with the crash. C. was the only person injured in the incident, something the Prosecutor called "a small miracle", given the fact that there were people at the De Andel gas station on the A12 at the time and the entire station was destroyed in the subsequent fire. Bystanders pulled the unconscious C. out of the car.

With his actions, C. accepted the chance that people may die, the court ruled. "The people who stood by their car next to the gas pump he hit, could only barely get away. The people in the shop saw the car come at them at great speed and feared for their lives", the court said.

Gas station De Andel was completely destroyed, and the damages amounted to around 3 million euros.