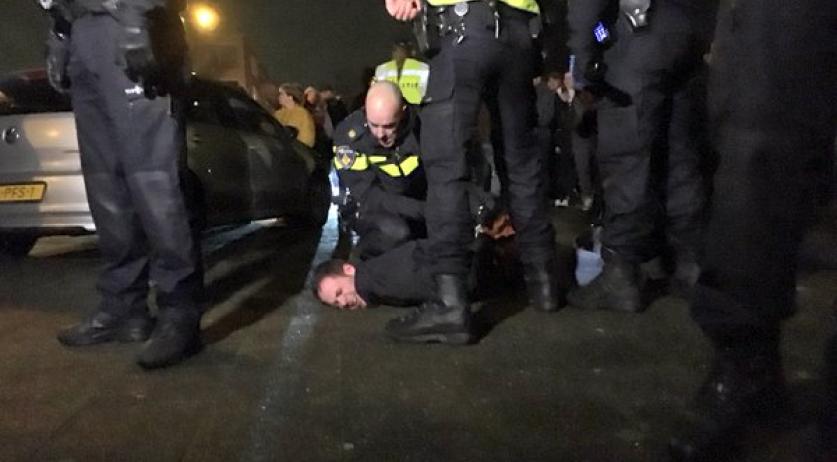 An information evening about an emergency shelter for 400 asylum seekers devolved to the point of rioting and fighting in Overvecht in Utrecht on Monday night. At least one person was arrested, AD reports. Unrest reigned in the neighborhood since the municipality announced on Friday that Overvecht will house 400 asylum seekers from the end of June 2016 until end November 2018. The municipality and the central agency for the reception of asylum seekers COA plan to turn an old office building on Einsteindreef into a shelter. A few hundred people gathered outside the Stefanus church in Overvecht where the municipality arranged a meeting to give area residents more information about the center. Asylum center supporters and opponents were at each other's throats basically from the start, but the situation devolved into rioting and physical violence when supporters opened a banner and started chanting, according to the newspaper. One person was arrested. Inside the meeting was also tumultuous. Alderman Kees Diepeveen and COA employee jet van Doornik could hardly get a word in before being shouted down by angry residents. Despite this Diepeveen considers the meeting a success. "I think that a number of people went home somewhat less angry, but not everyone, I realize that. We aren't done yet.", he said to newspaper AD.